Staying at home meant eating at home too.
On any regular day, (prior to being locked in) I would whip up my standard Cheese sandwich with a egg double fried in between and then toasted a ribbed brown in my sandwich maker. Sliced tomatoes or finely diced green chillies would make do for  the veggie element. That humble sandwich sure was ‘flavourful and filling’. So said my colleagues at work who got to taste my mid-day office meal of sorts.

Now, I’m working from home.
This was just day 1 of a 21 day locked period for the whole nation fighting a virulent viral attack that has forced people to stay indoors all over the globe.
Think differently I thought.

I had all the time in the world. Think… and it struck me.

Since last night, I had been mulling over the surprising death of celebrity Indian Chef from Goa – Floyd Cabral due to Coronavirus. There was no prior information whatsoever of him undergoing quarantine for the precarious condition. The man who established Indian cuisine on the New York culinary map and returned back to Mumbai to set up ‘ The Bombay Canteen’, one of Mumbai’s finest casual dining restaurants where good food is the buzz .  I was especially drawn to his version of the iconic ‘Eggs Kejriwal’ served here. He gave a whole different spin to it. 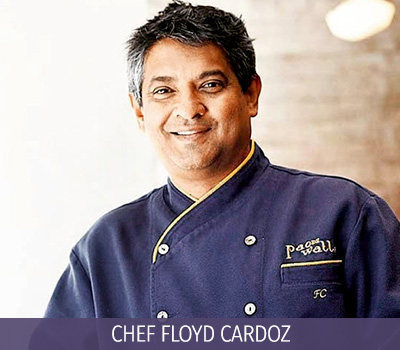 But we must give the devil his due. It was Mr. Devi Prasad Kejriwal (no relation to Arvind Kejriwal) who though a strict vegetarian at home, was a sucker for eggs. And ‘Eggs Kejriwal’, the breakfast star was born. Out of the sheer ingenuity of the chef who served him this dish at his favourite cricket club in Mumbai.

It was just your regular chicken egg, sunny and runny side up on toast all spiced with chillies, tomatoes and coriander.

I had bought all the essential food items just for a week, as Karnataka had declared a state wide emergency till the 31st of March . There was rice, dals, wheat flour, oats, rava, dosa and idli batter, sugar, salt, Bread, eggs, Coconut and vegetable oil, all the spices and necessary vegetables including coconuts (perishables) to last a week. No hoarding here.
Bread and eggs. What would anyone do without them. Their importance in a daily working man’s women’s diet in Mumbai was on display everyday when I lived with my uncle at his apartment in Matunga during my college holidays. Both him and his working wife, college professors both, were off every morning in a jiffy before you could say Breakfast. 2 bullseyes each, were wiped off from the plates with fresh bread slices smeared with Amul butter, teas were gulped down and they were off in a flash to catch the suburban electric train to Churchgate. Every working day, their 5-minute express breakfast was buttered bread slices and eggs cooked sunny side up sprinkled with salt ‘n’ pepper. I loved them too, though I had enough time to savour every mouthful after they left in the morning, dipping each buttered slice into the runny egg yolk. I was holidaying remember? Even in Mumbai then, I had all the time in the world though I could notice everyone was moving around like wound up toys.

It was hard to imagine Mumbai grinding to a halt today. No one on the roads or in the trains. Like a toy maker winding up each individual toy, train,bus, car, bike and cycle for a different mission. The people of all ages like toys wound up differently had to stay at home, this time not used to cooping up together in a common space, all wound up. Unwinding sure was hard, be it in Mumbai or Bangalore where I stay. I then realized that right now and here history was being made. The whole globe had wound down, in protection against an enemy that could not be contained while people were dying.

I guess you learn to wind down by accepting the fact that only way to bring a complete stop to this ‘pandemic’ was to stay safe at home, while only essential services like health services, groceries and police worked overtime.

As I eased the bread and cheese slices out of their packaging, cut them into neat circles laid them on the sandwich maker and closed the lid to toast, I realized I had all the time in the world.

Today, I did not have to shower, pack my lunch, dress for work, rush through traffic, sit through office work till the end of the day, rush back home through traffic, reach home to undress, have a shower, catch the news on TV before dinner and suddenly the day was done before you even knew it.

So, I sauted the chopped tomatoes, onions and sliced green chillies very slowly in oil that was tempered with mustard seeds and jeera. And finally the chopped green coriander shoots were sprinkled on top. 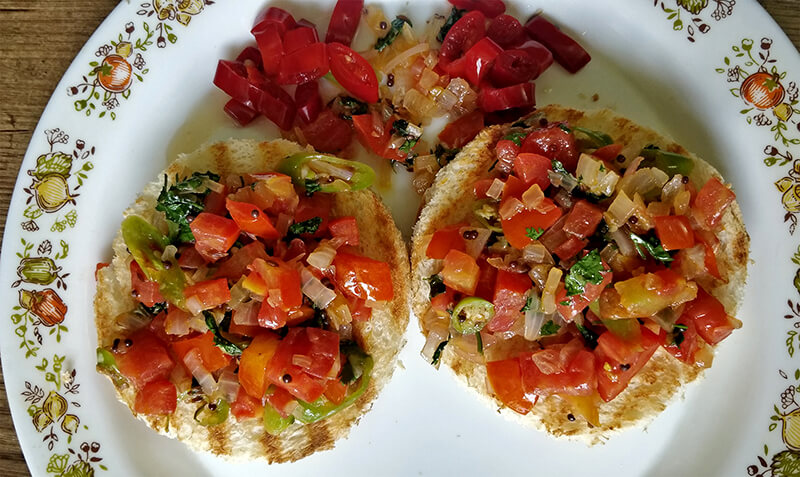 Next, I fried the eggs and placed them on top of the toasted bread slices with cheese. On top of this was placed the sautéed tomatoes and onion mix. The gunpowder chutney powder in oil added the fiery, South Indian touch to a Mumbai born breakfast star – ‘Eggs Kejriwal’. 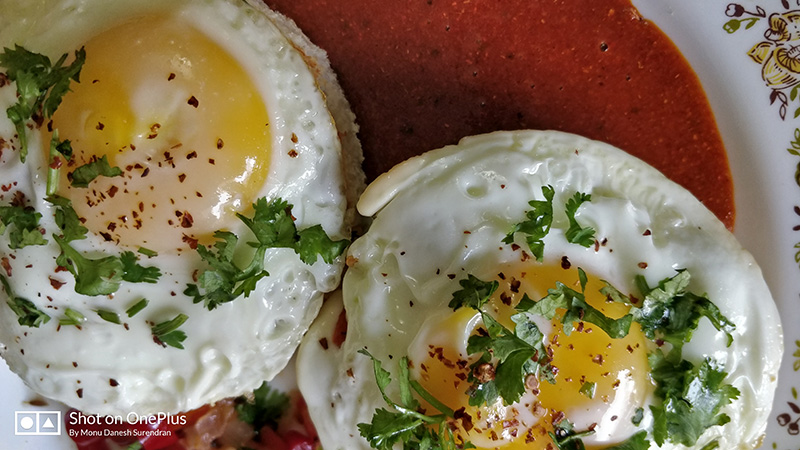 Eggs Kejriwal Recipe at A Glance

Procedure:
Cut the bread and Cheese slices into circular discs with a steel cap. Place the cheese in between the slices and put them in the sandwich griller and grill till done.

Fry the eggs individually in butter a in small egg frying pan with lid on till done.
Saute the sliced tomatoes, onions, green chillies and coriander in butter till done.
Place the sautéed veggies on top of the grilled cheese sandwiches and then top up with the egg. Accompany the Eggs Kejriwal with ‘Gun powder Chutney in oil’ and sliced pickled paprika (Optional).