Last week, amidst discovering lamb/mutton recipes, I ran into the beetroot again.
This time in a combination with Mutton! Mutton Chukander, they (You tuber chefs)
called it. It was a marriage made in pink heaven. Like the humble beetroot meeting
mutton in a Valentine’s day embrace and in the end the dish glowing with a
pink blush!

My travails with Beetroot still leaves a thin, pink, streaky, horror trail from my years in a desolate college hostel in Karnataka interspersed with my vacation lunches/snacks at the Indian Coffee House in Kollam, my hometown in Kerala. Our college hostel mess had total veggie offerings for breakfast, lunch and dinner; except for Sundays. Sundays were laid back, everyone woke up late and worked up an appetite for lunch that had suddenly turned festive with chicken. Even my tummy was in love with Sundays. But the humble beetroot was in the core vegetable group along with Chow-Chow, Beans and Cabbage for the rest of the veggie weekdays.

Imagine a sambar with beet or a sautéed vegetable dish with beet. I was starting to hate the sight of beetroot.

It even started looking like the chunk of LIFEBUOY soap at the washbasin after a Beetroot meal. My mouth and fingertips were bleeding pink. And to too it all, my worst nightmare was the Lifebuoy soap chunks instead of Beetroot in the sambar!

The Beetroot was instrumental in me later moving out to start our (me and my pure non-veg peers) own International mess. It was small, members only, totally non – vegetarian and I ended up being voted the mess monitor too! But, trust me, even on my weekly ingredient sourcing trips to the local market with the head mess cook, I would always avoid buying beetroot.

My vacations in Kerala threw up a different story. I loved the Poori Masalas, Masala Dosais, Cutlets and the sauce they served up at the ole Indian Coffee House in Kollam. Don’t get me wrong, they all had one thing in common; the humble beetroot. But strangely, it all tasted delicious. Even the masala in the dosa was a light beetroot pink but instead of nightmares, I was loving it.

Last week, amidst discovering lamb/mutton recipes, I ran into the beetroot again. This time in a combination with Mutton! Mutton Chukander, they (You tuber chefs) called it. It was a marriage made in pink heaven. Like the humble beetroot meeting mutton in a Valentine’s day embrace and in the end the dish glowing with a pink blush! 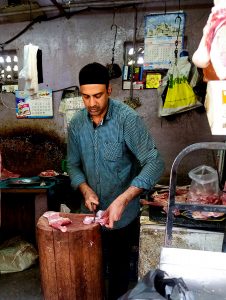 Even my local mutton shop dude was shell shocked when I told him I was going to cook the meat with beetroot. Anyways, I marinated the meat with turmeric, pepper and salt. After an hour of marination, I cooked it till almost done in a pressure cooker with 2 cups of water for a kilo of mutton.

Then the onions were sauted with Jeera, cinnamon and yoghurt dipped sundried red chillies. The diced beetroot was steamed separately and added to the mutton, spiced onions and topped up with a bunch of sliced spinach! I slowcooked till it was done. Best with steamed rice or parottas. I opted for the whole wheat ID parotta which I heated up with ghee for a roasted, golden outer crust. 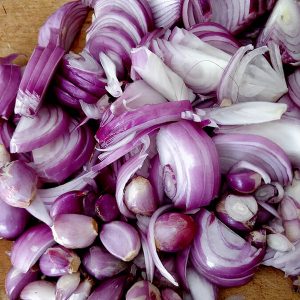 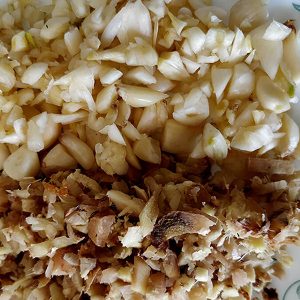 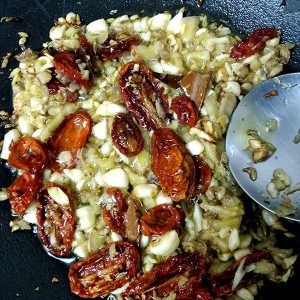 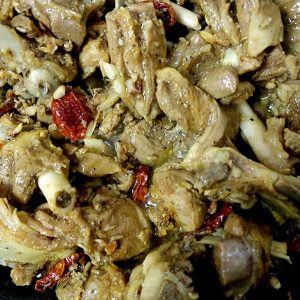 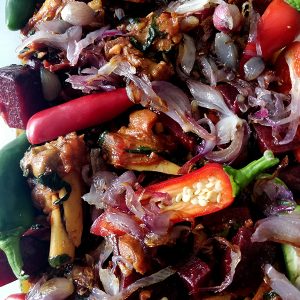 The Beetroot Chukandar was a hit with the folks at home. Mutton falling off the bone covered in a light, blushing pink colour.

I had come full circle. My most hated vegetable had just found its valentine in a juicy stew like dish. When in doubt, Beet it with Meat!

Mobvoi announces the launch of TicWatch Pro 2020 in India

ISRAA SHAIKH
0
Every person has an inspiration. A role model to look upto.  A light that completely axes away your problems from darkness. My light and...

Book An Unforgettable Staycation – Not Far From Home

Why Atlantis, The Palm Is The Most Wonderful Place To Be...

Set Sail On A Luxurious Honeymoon Getaway With Alila Purnama

What to eat to beat stress

How Do The Locks With The Master Key System Help You...

Avial – Cooked In A Home By The Sea