Wellness In The Mountains At Emirates One & only Wolgan Valley 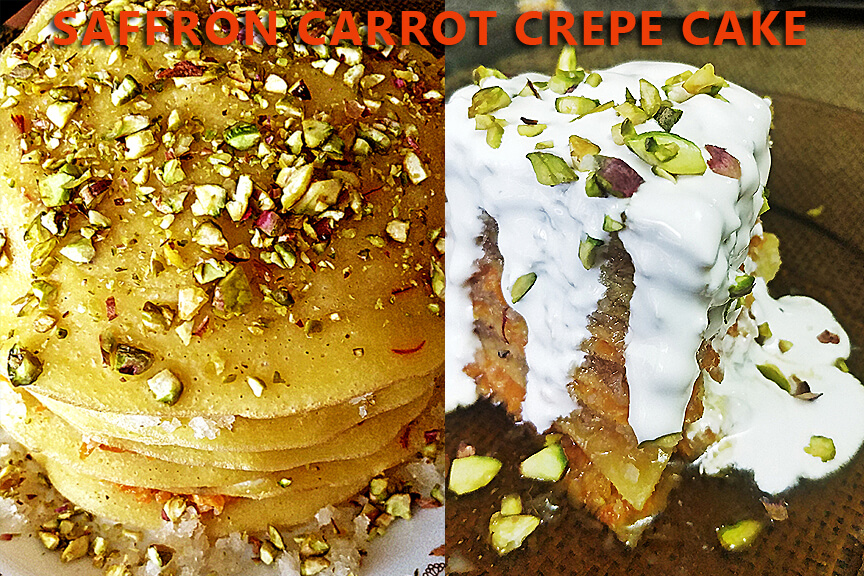 The time of writing and the time of publishing an article was never of so much of a consequence to me at all.

In just a matter of a month, this article of mine which was written a month ago as my humble tribute to the sun (inspired by the Summer Solstice or the longest day on 21 st June) was simply to make a Crêpe Cake.

Layers of Crêpes with alternate layers of grated carrot and coconut as stuffing to give it that cake look. Everyone was craning their necks to look to the skies today. Especially the millions of necks craning upwards in a perfect Surya Namaskara, a salutation to the sun as yoga enthusiasts around the world celebrated the 21 st of June as World Yoga Day just as the sun rose heralding another day on planet earth.

But just a week ago, as the whole world watched, India blasted off its Chandrayaan 11 rocket to the dark side of the moon. The moon had just become the new frontier to over a billion Indians as all the scientists at ISRO, headed by a 2-member women duo became the ‘New Avengers’. The entire Indian moon mission cost less than an Avengers’ movie they say.

Only we brilliant Indians can do such stuff.
A woman on the moon? Why not?

If women can head a moon mission, what stops them from landing a woman on the dark side of the moon!

A Crêpe is also known as a pancake but for me it comes closer to our ‘Dosa’. Just that it is made with wheat flour, eggs, milk and butter. I replaced the butter with ghee and added some saffron to give the crepes a golden glaze like the sun. Ten suns(crêpes) to be exact.

Even Pink Floyd sang only about ‘Two Suns in a Sunset’ in their classic album ‘ Final Cut’.

Strangely, due to bad design or bad Vaasthu Shastra, the direct rays of the sun just don’t get into my home kitchen. I make do with diffused daylight and electrical lighting.

Like the moon appears to us due to the reflected sunlight.

So I made the Crêpe batter with 2 eggs, 2 cups of refined flour, 1 cup of milk,1 tablespoon of sugar, a pinch of salt, a dash of desi ghee and just enough water. Mix it all well by beating it to a dripping consistency. Now add in the soaked saffron strands into the batter and mix well till the golden yellow colour infuses into the batter. 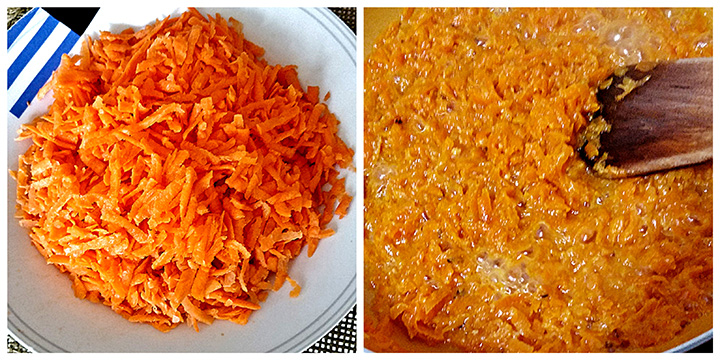 Then 4 medium carrots were grated and cooked in a pressure cooker with 4 tbsps of sugar, 2 tbsp of ghee, half a cup of milk and a pinch of freshly ground cardamom. Cook till the 1st whistle only. Toss the cooked carrot in a pan and sauté till all the liquid is absorbed. Keep aside.

Next a whole coconut was grated and slow roasted with 3 tablespoons of sugar, 2 tablespoons of ghee and a pinch of fresh, ground cardamom. I used my mortar and pestle for this.

Swirl them in a slow circle, flip them over one by one making sure they are of the same size(diameter). You will end up with 10 golden yellow crepes. A thousand ‘pranams’ to the saffron for that sunshine yellow! Top the last Crêpe with some crushed pistachios.

On a plate, place one of the Crêpes and spread a layer of the grated carrot till the ends of it. Then place another crepe on top of the carrot layer and now spread the roasted, grated coconut layer. Repeat the process till you have a 10 layered Crêpe Cake. Remember to place the Crêpe with the pistachios at the very top.

For a fulfilling snack, slice a piece of the cake, drizzle with some honey first and then sweetened cream.

The crepes were sweet, a wee salty and the saffron in ghee combined well with the grainy sweetness of Carrot and Coconut.

The best way to end the Longest Day.

10 suns in a saffron sunset! 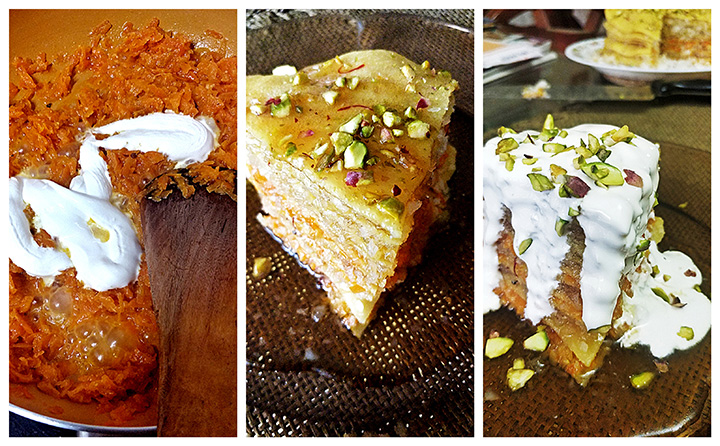 THE MYTH VS REALITY
In France (where Crêpes very popular) during the February Candlemas for Virgin Mary, the belief was that catching the Crêpe with a frying pan after tossing it in the air with your right hand while holding a gold coin in your left hand would cause you to become rich that year!
There was no gold coin at home, so I held my mobile with a pic of a golden Crêpe in my left hand.

I just don’t have to be surprised if I suddenly get rich this year!