Does IVF treatment during summers have better outcome?

Unearth The Treasures Of Mauritius At One & Only LE SAINT GÉRAN 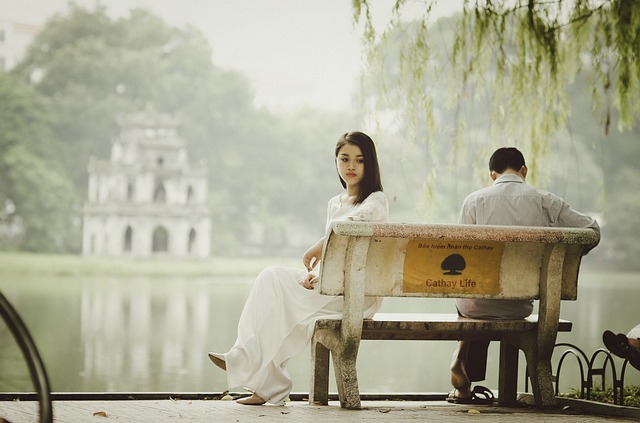 Should two people in love turn hostile for any reason sometime later in life, the hatred in their minds would be beyond measure. In a state of total loss of love they could go to any extent in expressing their anger and jump into a war like situation getting ready to annihilate each other. Negativity of the couple in the garb of criticism, contempt and even defensiveness gushes out as if some flood gates of hell are open. Habitual harsh startup and frequent outbursts brought on during disagreements can surely rock the marriage. Although each of these factors alone is a harbinger for divorce, they usually coexist in an unhappy marriage, confirms psychological findings.

A lot of research has gone into the delicate subject of marriage failures. Many of them reasons  can be nailed down properly for us to understand in simple language. After a few weeks of honey moon what really begins to brew no one knows. OK in whatever stage of married life you are surely you don’t want to let the torrents take over and we don’t actually wait for relations to be strained. Learning about others’ failures is a sure way to prevent our relationship from falling apart.

Psychologists while interacting with groups of couples made certain observations. Let us pick up few valuable tips from these. The couples were on the outset making very harsh comments full of murky criticism and negativity. Their attitudes could be described with few words like Negativity, lack of consideration, callous approach, contempt, defensiveness, and stonewalling. All these are so disastrous if allowed to grow. Unknowingly some evil forces begin to ride your life-juggernaut to pandemonium.

Contempt for no reason?

Contempt, a virulent mix of storming anger and disgust, is virtual broth of evil spirits as in Macbeth. Of course they are far more toxic and venomous than simple frustration or negativity. It involves seeing your partner as someone you can dominate and rule over. This behavior alone is a nail in the coffin so far as relationship is concerned.

The reason for contempt is sometimes so trivial. As civilized people should we be totally ignoring our spouse’s aspirations and emotions?

Most of the time it is our petty egos and arrogance playing and we tend to become oblivious even about this. We take our spouse for granted and sometimes feel he /she is bound to obey. Many have a tendency not to consult mutually on even most important matters within the family. If you constantly feel it is not required to seek the opinions, or fail to see a situation from spouse’ perspective, it is definitely a bad signal.

We often hear people shouting “it’s my money I will spend it the way I like” Disparities in the matter of educational status, earning capacity,  intelligence etc can also  give one of them an upper hand  and the tendency to view the other with disrespect and contempt . Making mockery out of simple incidents, calling names, hurling hurting humor, sneering, ridiculing etc. can build up tension and dislike around couple. You have no right to touch upon her /his pride.

Criticism-Attacking the Person, Not the Behavior

“If we had no faults we should not take so much pleasure in noting those of others” says
François Foucauld. There is a provocation for criticizing spouse may be since you know the other so closely .Few others feel it’s their prerogative to criticize. But remember if those criticisms are not positive and it’s more like an attack on personality, upbringing or character. It’s disastrous. ‘Your parents are like those ….your traditions are filthy, you are uncivilized’ etc are attacks that will never be forgotten in life. This could also result in counter attacks and the home can turn into a virtual battleground with kids as spectators. And never ever criticize your spouse in the public.

Over a period of time, these personal hurts can accumulate feeding darker feelings of resentment and contempt slowly building up a volcano.

Take responsibility for your failure in keeping the good relationship and own up failures causing the bad situation. This may be a difficult proposition. But this can save a harsh situation from escalating. Such positive efforts can keep alive the marriage.

Typical defensive statements such as- “I was never there, how could I imagine, I never did it, It is beyond my comprehension, you should have seen it, It’s not my fault“-are not always a good idea. Complaint or criticism is sometimes met in the air by shooting a counter arrow of complaint.

Understand your partner’s perspective and try to listen and accept if there has been a mistake. No one is perfect in this world. Building a false defence will only create bad blood.

If you think there has been no mistake on your part, doesn’t matter. Choose a saner moment afterwards to explain things unemotionally.

There are people who sense the weather and simply walk out before an argument erupts. Some people just pretend to be deaf and sit like a toad ignoring the other person totally. These are bad habits indeed.

Avoiding conversation is never good for any relationship .You need to address to the underlying issues and find remedy through dialogues. All you have to remember is not to lose your cool even when our spouse raises voice. Nobody likes arguments. But these temporarily uncomfortable situations are part of life. Sometimes it enables to find the flaws in our own character and behavior.

What can we do to salvage a bad situation? Probably your atmosphere is overcharged with negative emotions. When you are emotionally charged it’s not the proper time to talk. So relax and give it a break; do something else of your choice. You could come back when you both are cooled down. Recollect you’re happy moments and thank God for all the blessings both of you have received and resume the conversation in a calmer, saner, loving and amicable atmosphere. Remember, never lose your positivity and caring approach.

Did you ask questions before wedlock?

Asking some very relevant questions could actually help to have a proper understanding among the newlywed couples. Have you ascertained how sound his /her financial position is?

Did you check on whether he or she is capable of taking up responsibilities? There are men who let wives struggles to work and pay bills. What if the business you are engaged in is closed or job lost. Though these questions are negative, it is important to avoid nasty situations and misunderstandings later. To those in business questions need to be asked about their loans and liabilities. And if loans are foreclosed there could be difficult situation which might rock the family. In case of those working in offices   ask whether the job involves frequent transfers, lot of travel etc

Some husbands in India expect wife to hand over pay cheque. Check whether it is a mutually acceptable proposition. We must have a reasonable idea about the spending and saving habits of partners.Habits like alcoholism, drugs need to be checked.

Couples must have a clear idea about their partner’s intentions to move abroad if any, plans regarding further studies etc. In case you belong to a cultural back ground where parents are a dominant factor, as in India, do ask these questions too:

Lengthier  the Questionnaire, the better. Remember you cannot keep asking these anytime after wedlock. You are not perfect and therefore don’t expect the other person to be perfect. What is important is to understand each other and examine whether you can tolerate/correct the shortcomings. Perfect harmony can be achieved if there is a proper understanding before wedlock. But for any reason this was not possible for you, no need to worry. In happy moments you can still sit together and discuss and chart out a mutually agreeable plan for future.

No marriage is perfect and occasional tussles are most natural. We have discussed certain behaviors harmful in the earlier part of this article. It is natural for us to at times display these patterns. But when it becomes  a permanent feature it is a matter of peril. Sometimes we have to win the war by loosing.

We need be aware recognizing that we are causing a mental turmoil and making a scathing remark or doing something hurting mutual faith and understanding take urgent steps to effectively combat it. A positive effort in this regard can make the sailing smoother and enjoyable. Cherish the sweet memories of the day when you met first and the wonderful days, how you laughed and watched the waves recede. Bring back that joy, sparkle in the eyes and nothing like that. 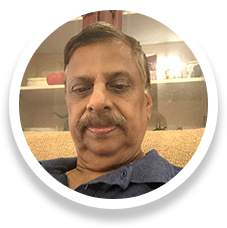