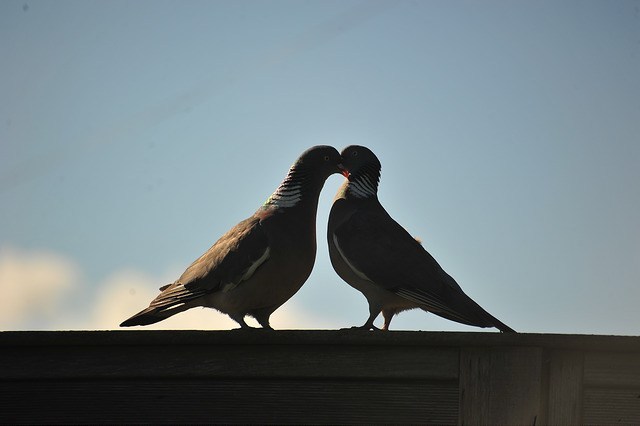 The modern society rarely attaches any stigma to a bachelor going about having a large number of affairs. He could sleep with as many girls as he can and maybe when fed up with the act finally marry. If he still goes astray people may raise their eyebrows to some extent and he may get branded as a womanizer. He might feel still very comfortable since he has a lot of company thereof politicians, judges holy men etc. Many people accept it as natural when men seek some extra fun. Without much going into the moralities and the religious taboos attached to this kind of behavior let us understand certain basic facts on this trait in the light of what psychologists have to say.

What is promiscuity? It is defined as of a person having a lot of different sexual partners or sexual relationships, or of sexual habits involving a lot of different partners. When men do it it’s natural and pardonable. What about girls doing the same thing? This female behavior is considered unacceptable and is deemed as evidence of an emotional disturbance of some sort . In a male-dominated society we immediately try to put a large signboard outside ‘Oh its horrible, that girl is going to hell’.

“Good girls go to heaven, bad girls go everywhere,” says Mae West. Such excessive liking for sex on the part of a girl is considered as a psychological disorder often labeled as nymphomania. An equivalent word for men is satyriasis. But men usually get away with it never even being labeled. Let it be the case of male or female such indiscriminate and excess sexual preferences may be due to hidden or express mental disorders or narcotic addiction.

Psychologists attribute the reasons for promiscuity to excessive exposure to sex during one’s formative years or watching parents choosing different partners. Sometimes due to too many restrictions and suppression kids may start doing things out of curiosity and natural instinct, especially when they are later exposed to a permissive company.  Traumatic experiences like rape in childhood may take shape as a mental disorder and manifest in this manner.

Some people fall in the trench of intense loneliness and vacuum in life. They will have a craving and desire to be accepted and a thirst to be cared for. In their attempt to be accepted they may choose a person and later finding that the wants for adequate attention are not met, he or she might switch over to the next partner so on and so forth. Children brought up away from parents in special homes etc may be missing out affection and attention prompting them to seek love elsewhere to do away the feeling of being rejected. Uncared for and abandoned emotionally he or she seeks solace and to set a self-destructing defense against a deep-seated sense of insecurity and missing love. What results is a constant switch over of lovers.

“When I was 14-15 there was nothing to my life but dancing and sex. I’d go to nightclubs and dance. Then I’d meet someone and have sex. It was Fine and easy- nothing to do but Think with my body like a bird. I Thought I was Free” These quotes of Tracy clearly indicate the style of thinking of some people.

What advice we have here

Antonella Gambotto  narrates about a promiscuous man like this. He admits to being obsessed by his mother’s rejection, and with the resultant rents in self-esteem. The Game echoes with disturbingly abusive comments leveled at his adolescent self, a self he feels was unacceptable. With bravado, he expresses regret that he didn’t rack up more sexual conquests in his teens; in person, he expresses a truer regret that he was intimidated by life itself.

Needless to add a word of caution about promiscuity –it can bring about a host of venereal diseases often incurable including HIV.

Philosopher writer of The Fountain Head fame strongly denounces promiscuity and brands it outright immoral. She says “Not because sex is evil, but because sex is too good and too important- What sex should involve is a very serious relationship”. Her well considered opinion is that it is important when and if two people have found the person with whom they wish to spend the rest of their lives, they should remain loyal and settle.

When one is certain that one’s choice is final and both parties take the relationship seriously all they have to ascertain is that it is based on values.

Naskar in his Treatise on monogamy says “Cheating in a relationship is a sign of self-regulation failure. When it happens ones, it is a mistake. When it happens twice, it is unfortunate. But when it happens thrice or more, it is a pattern indicating primitive, uncivilized inhuman behavior. Polygamy is a luxury of the cave-people, and monogamy is an existential responsibility of the civilized society.”  He goes on to add being loyal is not a choice; it is a responsibility of a genuine human.

God created the moral basis for the universe and indiscriminate sex can downgrade us. Unknowingly we may be shattering the lives of others and ours. Also that of the next generation! “Promoting promiscuity in this evolved and civilized society is actually like signing the Declaration, which says: I hereby renounce my membership of humankind, since I am neither human nor kind. I declare that I no longer belong to the modern human species, i.e. the Homo sapiens. From now on I shall be counted among the swingers of the animal kingdom, such as the chimpanzee. I am simply an arrogant philandering savage.” Naskar adds in his treatise.

For contrary views, we have people like C.Joybell who say “I’m not an advocate of promiscuity; but then I’m also not an advocate of being virginal. It’s not like I put virginity or celibacy on a pedestal, and as long as I don’t get your promiscuity rubbed into my face— I don’t care about it! What I do care about is the ability to recognize the sanctity of a union of two souls— you just can’t say your soul isn’t being united with others’ when you have sex with them. So I think you’d better own up to what you’re doing— no matter how frequently or infrequently or with how many different people you do it. I mean, make good choices! You are, after all, entwining your soul with another’s.”

Men’s greater sex drive may be partially due to the fact that their sexual motivation pathways have more connections to the brain’s subcortical reward system than in women. Men are always interested in sex. Male sexuality is a quick response. Unlike in women, man’s urge is uncomplicated, a simple animal like need seeking a short term expression whereas women attach more profound and complex meaning to sex. It is more of a means to acquire love, care and attention. It is important for a woman how she feels about herself, how close and intimate she feels with her partner how he casts his spell and attracts her etc. All these take time and it is a slow process. The pressing urge of men and spontaneous arousal are absent there and thus women differ drastically in the nature of their sexuality.

A proper understanding of the sexual desire pattern of your partner and the root causes of promiscuity should be able to guide us as of how to go about in the sex matters and to think before we drop our pants.

Jose Vazhuthanapilly,  Bsc., LLB, DBM, CAIIB    retired in 2008 as AGM from State Bank of India. He had worked as a visiting faculty in the Bank’s Staff Training Centers for 5 years. He is a writer with 20 books to his credit including books on motivation/psychology. He resides in Ernakulum, Kochi. He is active also in the social service. He can be contacted at Josevazhuthanapilly@gmail.com

Disclaimer: The Daily Brunch does not hold the credits to the content.

Easy Ways To Make Your Art Poster Stand Out!

GUEST BLOGGER
0
In beautiful biodiversity, ponds play an important role in everyone lives. Ponds are used to providing water when there are situations of droughts. If...

Suite Stories From The Grand Palaces Of The Taj

Explore The Popular Festivals In Frankfurt Am Main

A Nostalgic Thought For “The Best Friend Who Moved Away To...

Walk With The Pardhis – A Taj Safaris Initiative

How Long Should You Brush Your Teeth- Q&A Series with Dr....