Pros And Cons Of Online Shopping

Tip Of The Tongue Syndrome: A – Z 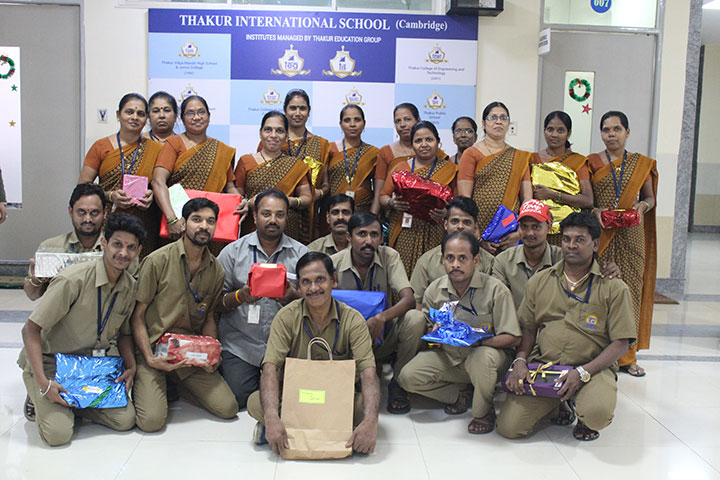 It is that time of the year again and Thakur International School Cambridge believes in celebrating Christmas by spreading joy. Between 18 and 21 December, a donation box was placed on their premises. The items that were donated included books, stationery items, toys, blankets, sweaters, lentils, white rice, sugar, soap, shampoo, toothbrush and toothpaste. These items would be given to the Shram Yash Charitable Trust which has a legacy of assisting those in need.

By undertaking this endeavor, the school wanted to make its students aware of the needs of those who are less privileged and inculcate the joy of giving within them. Students adopted this initiative wholeheartedly and contributed generously along with the teachers and support staff.

The school has been following the ritual of celebrating Secret Santa during Christmas for several years now. As always, this year they played Secret Santa by ensuring that teachers and other staff members were Secret Santas for the ancillary staff. But this year, the school decided to also spread joy to the less privileged amongst us in society with the purpose of infusing generosity among kids.

The principal of Thakur International School Cambridge – Principal Shunila Joy Chauhan opined “We not only want our students to be academically qualified but we would also want them to be good human beings. We believe in the adage that charity begins at home and through this initiative, we would like our students to experience the happiness of giving. We are overwhelmed that our students and staff members have opened up their hearts and have ensured that many of our unfortunate brethren can look forward to a cheerful Christmas”