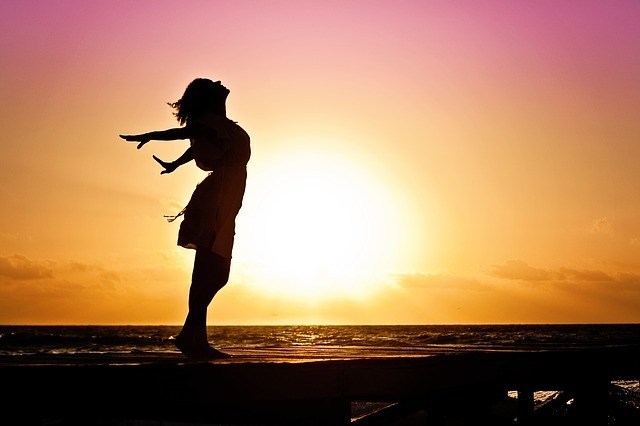 Women- Why Are They Held Back?

One should feel lucky to be a woman. Especially, in a country like India, where women are discriminated from the very time they take birth. Women are given a challenge at every step to overcoming because of their gender. This may be the reason that women are excelling in every field because the one who faces hardships becomes stronger and works harder. It may be sports, studies, management, science, politics or any other field, we are finding women excelling in every field. But there are also many cases where women succumb to this discrimination and lose their identity.

Surprisingly, the biggest catalyst for this discrimination are women themselves. The saddest ones on the birth of a girl are majorly the women of the family. The first ones to support discrimination of a girl child are the mothers. With a boy and a girl child at home, only the girl child is taught the household work, making her realize from the very beginning that her brother and father is superior coz they are males so they need not learn these tasks. She is made to realize from the very childhood that it is her job to do the household work just like her mother is doing right now.

The brother will be served by his mother before marriage and then she will hand over this overgrown male child to his wife. He is taught from the very beginning that household work is not his job and he will get a permanent maid in the form of wife to do these kinds of stuff later. The girls are given education sometimes only basic and sometimes more. But the sole purpose of education is to find a good groom for her. She is allowed to do the job but later is also pressurized to leave the job to get married or after becoming a mother. “Allowed” is the word whose importance she is made to realize from time to time. It gets imbibed in her personality so well that she thinks before doing anything “Am I allowed to do this?”. Even before doing the simple tasks she thinks “Can I drive alone?” , “Can I travel alone?”, “What will people think if I go out leaving the baby with other’s at home?”, ” Am I being a good mother by pursuing my job?”

Her freedom is decided by her family before marriage and her husband/in-laws afterward. There are always people there who are there to decide what she is allowed to do and what she is not. In many families these days, women are going to work and handling home simultaneously. But at what cost? She is expected to be a robot. To do the household work single-handedly with her job. To add the cherry to the cake, there are families who do not allow her to keep a maid too and if she does, it is like a taboo and she is accused of being inefficient. When she somehow lives in these multiple boundaries set for her, she is praised for being multitasking and a good daughter-in-law. No one thinks about the damage so much stress is causing to her physically and mentally. This is the reason that we find depression cases mostly in women. Even her depression is not understood by her so-called nears and dears and she is accused of being irritated without reason and being hyper over small issues. Why is it so? Because her crime is to be a woman?

This is the scenario most commonly seen in the households of my nation even the ones who call themselves educated on one hand and start to plan about the marriage of their daughter from her very birth. Their sole aim is to get her married to a nice family. Do we really have the reason to complain when dowry accident occurs with our daughters? Are we mothers not the ones who told her to adjust in that family and that she has no life if she would leave that family. We tell her to keep dying inside but live with that family. No one gives a thought as to how alone that girl would be feeling who does not have the support of even her parents/husband. She breaks down inside. Either she gives up her life or if she tries to fight alone her life is taken away from her by her in-laws.

The day to day crimes against women happening or the gender-bias everywhere, even at work is a result of this mentality deep-rooted in the minds of some males who have been grown up to consider women as objects. The family is so proud at the birth of the male child and treats him as a prince while discriminating the females of the house in front of him. He has been grown up with the feeling of superiority that he can not accept a “No” from anyone that too from an object like a female.

It is said that the times are changing. But are they really? Or maybe very slowly. The times will change when we raise our daughter as equals. It’s good to learn about household work and be independent. But not with a gender bias. Either both son and daughter learn or none. It is good to educate our daughters but not with an aim to find a good groom in the future. Educate them to be independent, teach them that they are self-efficient and do not depend on anyone. Give them the freedom to decide their life.

Lucky are those who have got a mother and a family to raise them without a gender bias. Times will only change when we stop the bias we do knowingly/unknowingly at our home with our babies. Especially, we women have to stop considering ourselves as the weaker ones and accepting discrimination as our fate. Its all in the mind and its the thinking and the mentality that makes a society. Its high time to change our mindset and help the nation to progress in the true sense. Looking forward to living in better times and a truly evolved society in coming future.

-Rooprashi (Author of The Girl Who Saw It All)

Management Executive and blogger, Rooprashi is an individual brimming with stories. She is an HR Professional who works in GAIL (India) Ltd., a Maharatna Public-Sector Unit (PSU). Her debut book “The Girl Who Saw It All”  has created waves across the nation and is receiving great response from the readers all over India including Mr. Navjot Singh Sidhu and Mr. Satya Pal Jain (Additional Solicitor General Of India).The first prints were sold within two months of its launch and reviews are all filled with wonderful remarks. The book has received positive coverage from different media (newspapers, tv, and radio). Know more about the book on Amazon

Disclaimer: The Daily Brunch does not hold the rights to the images.