Aug 22, 2019: NYC & Company, the official destination marketing organization for the five boroughs of New York City, is pleased to highlight the unmatched portfolio of sporting events travelers and locals can enjoy August through November across NYC’s multicultural neighborhoods. From the US Open and NYC Marathon to the City’s professional baseball, soccer, football, hockey and basketball teams all in season, New York City’s sports scene is particularly dynamic during this time, serving as a catalyst for fans to explore hidden gems in the surrounding areas.

“The late summer and autumn in New York City present a unique opportunity for visitors to experience the sports capital of the world,” NYC & Company President and CEO Fred Dixon says. “With storied franchises competing as major events take place across the five boroughs, this time of year offers unforgettable experiences and easy access to some of the most authentic neighborhoods and attractions throughout NYC.”

Following are some of the leading sports activities along with their neighborhood offerings, organized chronologically from the end of August through early November.

In the last week of August, the most attended annual sporting event in the world returns to the USTA Billie Jean King National Tennis Center as the US Open Tennis Championships take over Queens.

Stars like Novak Djokovic, Serena Williams, Roger Federer, Sloane Stephens and Rafael Nadal will compete for the last grand slam championship of 2019 in front of more than 700,000 fans from August 26 to September 8, 2019. Fans are encouraged to attend US Open Fan Week August 19 to 25, including open practices with tennis stars, Queens Day and Arthur Ashe Kids’ Day celebrations.

While in Flushing Meadows Corona Park visitors are in proximity to multidisciplinary attractions such as the New York Hall of Science, Queens Botanical Garden, Queens Museum, Queens Night Market and Louis Armstrong House Museum, as well as nearly 900 acres of park space—home to the iconic Unisphere.

Yankee Stadium and Citi Field will attract tens of thousands of fans to watch the two local franchises compete through the end of summer and into the fall. The first-place Yankees play their last regular-season game in the Bronx on September 22 but are sure to compete in the playoffs as the favorites to win the World Series. Over in Queens, the Mets, led by rookie sensation and home run derby champion Pete Alonso, play their last game at home on September 29.

When coming to the South Bronx to watch the Yankees, fans can explore the birthplace of hip-hop with the help of Hush Hip Hop Toursand enjoy some of the most vibrant street art and performances in the City on The Grand Concourse. In nearby Mott Haven, discover artisanal coffee shops, the Bronx Brewery, Mottley Kitchen and more for a taste of modern Bronx. In Flushing and Corona, Queens,some of the best Latin American (Mexican and Cuban) and Asian (Chinese, Japanese and Korean) bites in the City are to be found in the communities neighboring the Mets ballpark. For post-game dessert, the Lemon Ice King of Corona and Taipan Bakery are local cult favorites.

On the soccer field, NYCFC has developed a raucous fan base at its Yankee Stadium home thanks to another strong start to the season. Across the Hudson River, the New York Red Bulls is one of the top teams in Major League Soccer as well, with their final home match taking place October 6.

On the South Bronx’s Grand Concourse, fans can learn about the culture of NYCFC’s host borough at the Bronx Museum of the Artsand Bronx Documentary Center, both free to enter and a mere couple of blocks from Yankee Stadium. Before departing for Red Bull Arena from the World Trade Center Oculus, fans can experience the views at One World Observatory, shop and eat atBrookfield Place and Westfield World Trade Center and visit the 9/11 Memorial & Museum .

In Football, New York City’s Jets and Giants look to excite with popular young stars when they play their first home games of 2019 on September 8 and 15, respectively. With Jets quarterback Sam Darnold and Giants running back Saquon Barkley leading rejuvenated teams, five-borough football fans are sure to be lively this fall. Both teams play at the MetLife Stadium in East Rutherford, New Jersey, just 8 miles from NYC.

Before departing from Midtown Manhattan for the stadium on their preferred method of public transportation, visitors can explore a neighborhood that has been reinvented with activities for travelers of any age and interest. New attractions in the area include National Geographic Encounter: Ocean Odyssey, Spyscape and Gulliver’s Gate, while there are a number of new and classic hotels nearby for an overnight stay or outdoor cocktail before or after the game.

On the ice, both the New York Rangers and Islanders are generating optimism with hockey fans in Manhattan, Brooklyn and beyond. Madison Square Garden will be buzzing with energy when the Rangers return on October 3 with some of the best players in the NHL recently joining, while Barclays Center will welcome back the Islanders on October 6 after an exciting playoff run last season.

In Midtown Manhattan, fans can head a couple of blocks west of the Garden to NYC’s favorite new neighborhood Hudson Yards, home to the Vessel, the Shops and Restaurants, the Shed and the last leg of the Highline. Across the East River in Downtown Brooklyn the nearby Brooklyn Promenade and Prospect Park are great locations for a scenic pre- or post-game stroll, while the Dumbo neighborhood is just minutes away with its historic buildings and cobblestone roads. 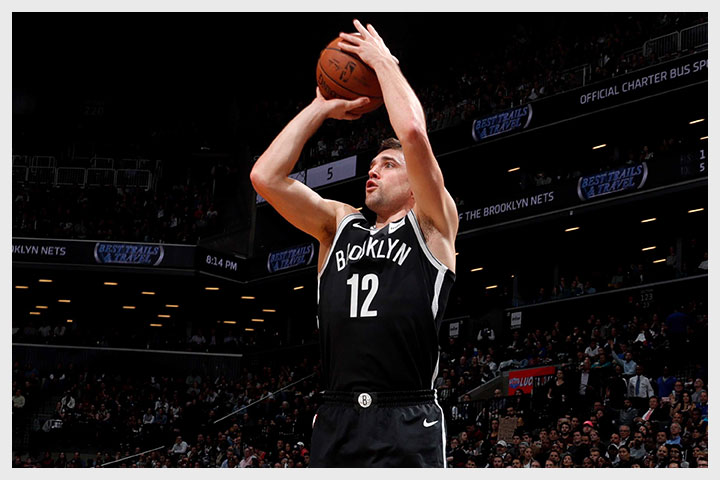 In late October, two of the most famous NBA teams will begin their 2019 basketball seasons with all five boroughs closely watching. Coming off a playoff season, the Nets welcomed superstars Kyrie Irving and Kevin Durant to Brooklyn, creating one of the most exciting teams in basketball. Meanwhile, the Knicks are sure to energize MSG with a team full of young and promising players.

Pre- or post-game in Downtown Brooklyn, travelers can explore the Brooklyn Museum, Brooklyn Academy of Music, Brooklyn Botanic Garden and Grand Army Plaza, which are all within walking distance of Barclays Center. In Midtown Manhattan, fans are invited to explore the new MoMA, which debuts 40,000 square feet of gallery space, an expanded collection of interdisciplinary art and its existing collection presented in new and unprecedented ways this October.

The marathon will attract runners and running enthusiasts from around the world to all five boroughs on November 3. The iconic Tour de five boroughs, completed last year by 52,000+ competitors and watched by millions, begins in Staten Island and winds through each borough before finishing in Central Park on Manhattan’s Upper West Side.

Runners are encouraged to check out Empire Outlets (with plenty of running gear courtesy of Nike and Columbia) located near the start of the race in St. George, Staten Island. Fans cheering near the finish line of the marathon are invited to explore the cultural offerings found on Manhattan’s Upper West Side, including theAmerican Museum of Natural History, New-York Historical Societyand Lincoln Center, after the race.

visit for more information about sports attractions in NYC

‘THAI ME UP’ at the THAI HOUSE!

When The Little Ones Turn A Deaf Ear To You

Your Academic Expectations Might be Pushing Your Kids Too Much: Anju...

Everything You Need to Know About Mounting Block Electrical

The Miracles Of Mother Teresa