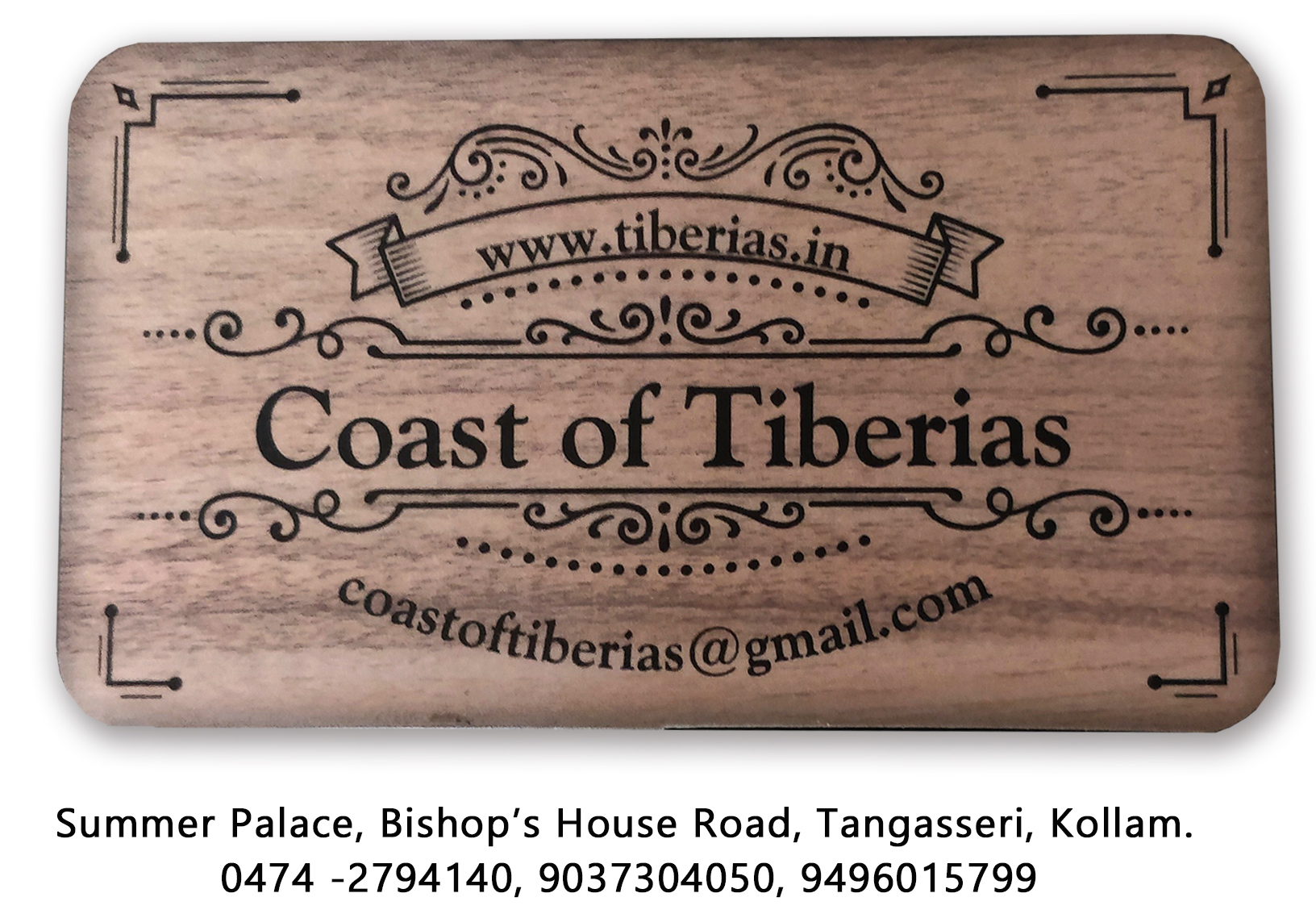 I felt a lot like Sir John Mandeville writing his travelogue “The Travels of Sir John Mandeville”in the 13th century, where the traveller/writer supposedly discovered the “Fountain of Youth” in Kollam. On this balmy, humid March afternoon, while Kollam and the rest of Kerala sweated it out, I lazily let the breeze blow away the heat as I drank again from the Fountain of Youth in Tangasseri. It was on the shoreline of the now non-existent Summer House grounds, now christened with a beautiful name – “ The Coast of Tiberias”.

As the sea gently lapped the shoreline and the constant breeze whizzing all around, I knew I had come home. 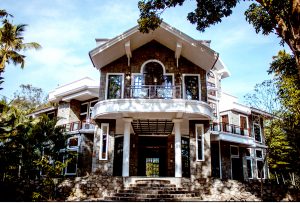 The bungalow exuded its muted elegance like the wind filling the sails of ancient Chinese galleons that must have dotted the Kollam shoreline in the 14th century trading in silks, spices before setting sail. The Bungalow is set in the midst of 2 and a half acres of beach front property with the seaface stretching well across more than a 100 meters. 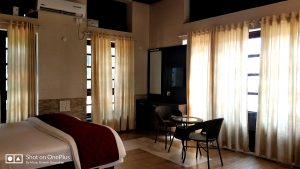 Equally relaxing like the shoreline are the interiors of 5 air-conditioned rooms in the 2 storeyed Bungalow lined with long ‘French’ windows wood framed with glass panels that let every ray of the sun in. The rooms open out into an expansive balcony. I could imagine myself sitting feet up in this balcony during the monsoons, taking in the sights and sounds of a thundering downpour and sipping on Kerala chai or herbal tea as I felt the rains wash away all the muck, sound and the falseness of citylife.

A week here is a guaranteed rejuvenation package with a little Portuguese, Chinese, Arab, Phoenecian, Dutch and British history thrown in. Tangasseri was a beautiful bastian. Isolated in its pristinity, culture and coastline from the rest of the town of Kollam.

But it was the Portuguese who preceded everyone in establishing Tangasseri in 1502. In my school they never had that in any book. Whatever trading port they established for pepper, they also built the first fort and the first of the beautiful churches called the Infant Jesus Church. It was on a schoolboy’s cycling route to meet school friends from a huge school, again called Infant Jesus High School. The Dutch followed 150 years later and the Brits came 293 years later. To be exact, only in 1795. Everytime I cook anything with pepper, chillies, tomatoes or potatoes now, I think about the Portuguese.

In a way, I had drunk from this Fountain of Youth in Tangasseri, in the Seventies, while cycling after school in Trinity Lyceum to meet classmates and friends who lived here. It was a fancied life for these lucky dudes as viewed through 15 year old school boy’s eyes who lived in Pallithottam, the other side of town. Every house then in Tangasseri was an architectural illustration, with terracotta tiled roofs, whitewashed walls and gardens that bloomed. The Anglo-indians lived their life to the full here and the Summer House was where I saw them dance and swirl to a live band that was churning out one rock ‘n’ roll hit after another. It was this moment then that I forever became a fan or rock ‘n’ roll.

After 40 years, here I am again in The Coast of Tiberias, the new Summer Palace, listening to rock ‘n’ roll from a Bluetooth speaker as the Steve Miller Band soulfully played ‘Jet Airliner’ – 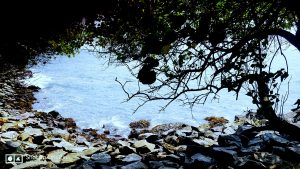 Talking about music, ‘The Coast of Tiberias’ is just the place for a small shoreline concert and the place has a built up event stage on its grounds and 5 other non-airconditioned rooms in another block. This outdoor party place can be hired for the built up stage and studio rooms for Rs.30,000 or the whole Coast of Tiberias including the airconditioned rooms in the bungalow and the glorious grounds. You can get the event pricing for the whole location at the reception.
Just the spot for a small alumni meet, bachelorette or bachelor party, a quiet wedding ceremony, a product launch or a fashion after party.

The kitchen at the Coast of Tiberias is efficiently run by Chef Rajan and his team. Talk to them and they will rustle up anything from Tiger Prawns, Marine and Fresh water seafood, chicken, Beef, Pork and everything else in between. I was lucky to experience the classic “Tangasseri Duck Curry” that chef Rajan effortlessly made with swishes of fresh coconut milk, blanched tomatoes,crushed ginger/garlic, ground pepper and home blended garam masala. It was gorgeous. I swiped my plate clean with dry chappatis that soaked up the thick, aromatic gravy that reminded me of the consistency of volcanic lava. The smell of the spices arising from the kitchen, will throw you back to the times when global traders transited Kollam by sea trading in the very spices that went into the making g of the Tangasseri Duck Curry! Especially the Portuguese.

I’ll be back again for sure during the monsoons. Yes. I’m addicted again. This time to the “Fountain of Youth” at “The Coast of Tiberias” in Tangasseri, Kollam. When I landed back in Bangalore, I quietly smiled at the kid in the elevator in my apartment block when he innocently blurted out “Uncle, you look much younger than your age!”.