“Multiple commentaries have turned the trade dispute into a who-is-winning-who-is-losing situation, but as far as I see it’s a lose-lose situation for both the superpowers. No country ever gains in the long term from engaging in a full-fledged trade war.” 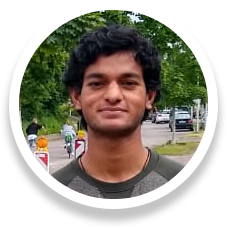 Economic threats and their subsequent realisation, recurrent import tariff impositions, accusations and denial of intellectual threat alongside blacklisting of tech companies, and failing trade negotiations seem to have characterised the Sino-US foreign policy for more than a year now. With China trying to mitigate the effects (whilst cautiously retaliating) of economic disruptions from imports hurled upon them by an all too distracted US President, a truce to end the ensuing ‘trade war’ appears a thing of futurity.

A total of US $250 billion worth of Chinese imported goods are subject to 25% tariffs, conversely US$110 billion worth of US exports to China are subject to 25%, 20% and 10% according to the type of commodity. In laymen’s term, an import tariff is meant to drive up the price of a good within the country imposing the tariff. While the American President, Donald Trump declares that his barrage of tariffs are meant to be detrimental to the Chinese manufacturers, he fails to see (or vehemently ignores) its domestic impact. The importers within a country imposing heavy tariffs can react in either of the two ways; trim the fat in their production costs to absorb the tariffs or pass on the tax burden to consumers. While there are multiple variables to consider here for the US-China scenario, the gist of the story (at least till now) is that the majority of Chinese tariffs are placed on primary inputs which means that the final burden on consumers are higher in the US than its present trade rival.

Trump’s one dimensional take on the trade balance is debatable as well. His intentions to reduce the trade deficit with China as promised to his voter base are to me personally, fallacious. A trade deficit, especially for the largest economy in the world is not necessarily a dent in the balance sheets. The Trump administrations anti-trade inclination combined with a short term perspective on the US economy fails to see that eliminating the trade deficit with China is not the way to go and in fact, doing so could bring down the US real wage. Regardless, Trump seems to be achieving his goal as the trade deficit fell by 3.4% to $49.4 billion in February, the lowest it has been since June 2018 (Mutikani, Lucia. (2019) US trade deficit hits eight month low on weak Chinese imports).

China in response has taken a cautionary yet tough stance while employing everything within its fiscal and monetary arsenal to dampen the repercussions of the US tariffs. When Trump threatened to impose tariffs on $500 billion worth of Chinese goods last year, the People’s Bank of China devalued the yuan to a two year low of 6.76 (in response the S&P 500, DJIA and European stock markets fell). Thereby offsetting the effects of US tariffs and rendering Chinese goods affordable to the American consumers (Glassman, Jim. (2019) What Chinese Tariffs Mean for the US Economy). Chinese exporters have been further cushioned by a continuously weakening yuan, which at some point will have to be addressed by the Central Bank.

Multiple commentaries have turned the trade dispute into a who-is-winning-who-is-losing situation but as far as I see it’s a lose-lose situation for both the superpowers. No country ever gains in the long term from engaging in a full-fledged trade war. In the manufacturing sector a significant share of the tariff burden falls on medium and small scale industries in China, many of which have been forced to shut down. This takes a hit on the Chinese GDP as well as the US since a plethora of Chinese goods are irreplaceable, leaving the US to find substitutes that are unlikely to be cost effective. Stock markets in both countries took a beating with China being affected on a larger scale. The Shanghai Composite Index fell by 25% in 2018 while the S&P 500 saw a dip one fourth the magnitude of the fall in SCI (Curran, Enda, et al. (2019) Who’s Winning the Trade War?). Equities plunged by 7% last month in the US although they recovered significantly with Trump calling off the tariffs against Mexico (Glassman, Jim. (2019) Economic Take (Podcast)).

Tumbling equity markets, rising prices, disrupted supply chains, flailing investor confidence, the snowballing tariff race between the US and China brings repercussions on a global scale. The US President has been on a rampage having imposed tariffs on the EU, Canada, Mexico (while steel tariffs against Canada and Mexico were lifted last month), terminating preferential trade agreements with countries like India and Turkey, and getting personal to an extent by announcing further tariffs against China if their President Xi Jinping fails to meet him at the G20 summit to be held later this month in Japan.

The US is not without its problems and their accusations of intellectual property theft and privacy infringements against China may not be uncalled for. The trade dispute has not yet escalated into a full scale trade war which would be catastrophic for both the countries and its partners. Reasons a plenty for the two giants to discard protectionist activities and to reach an agreement at the G20 summit on bilateral trade, intellectual property rights and privacy laws.

6 Tips To Maintain The Sheepskin Boots To Extend Their Longevity

The Amazing Psychology Of Luck

Book Review “The Girl Who Saw It All”

6 Tips For Staying Safe As A Solo Female Traveler

The Magical Benefits Of Mushrooms To Your Health

Failures: The Hidden Seeds of Success

STOP COMPARING YOURSELF. Stop Living in the Shadow