Bleisure And Staycations Continue To Be Top Trends In 2020

As Bengalureans we kissed goodbye to good rock, rock ‘n’ roll, and blues bands playing live when iconic music venues like BFLAT, TAKE5, and others closed down much before the Pandemic took its toll on entertainment and eating out.

So when SOULMATE the finest ever homegrown Blues band in India with a fiery lead singer and an accomplished guitar stringer gave a shoutout on Social Media ‘Watch out Bengaluru, we are coming to play there, stay tuned!’, it got all my attention.

Especially since they were being brought down to play live in Bengaluru by none other than BFLAT ENTERTAINMENT. Guess you can’t keep Aarti Rao Shetty down in spite of BFLAT being closed down as a musical venue. She was the passionate brain behind the whole BFLAT musical story as its owner.

What caught my interest was SOULMATE was scheduled to play at the RCB Café & Bar. As a true ‘Red’ Bengalurian, my passion for the team ROYAL CHALLENGERS was to don their jersey along with the family and get the buzz of sitting amongst thousands of RCB fans roaring in Chinnaswamy Stadium for the RCB boys. 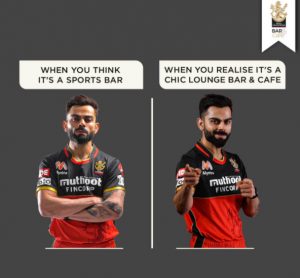 Covid closed down the stadium but RCB opened up its exclusive Bar & Café bang on St.Marks road at the other end of Church Street. 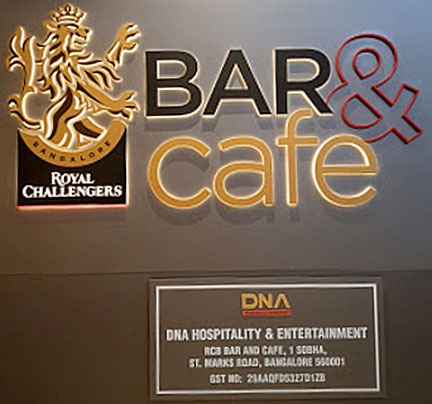 But yesterday, the 17th of March 2021 was the evening for Blues Music fans to home in to watch SOULMATE playing live.

Even the cover charge of Rs.1500 per head could not keep blues fans like me away.
The RCB Bar & Café was swank and laid back like a lounge, designed with the colours and Insignia of the Royal Challengers.

But tonight was different.
The Blues were taking on the Red here. No challenge, just an invitation for a ‘Mid – Week Musical Evening.’ 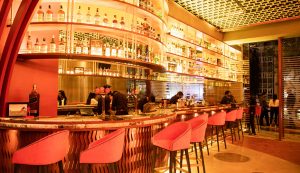 The Blues started their game with a thunderous opening with a ‘High Roller’ wail from ‘Tips’ Tripti backed to perfection by Rudy Wallang and the rhythm section. If this was SOULMATE’s opening stand at RCB, the evening was pregnant with the promise of a high-octane Blues. 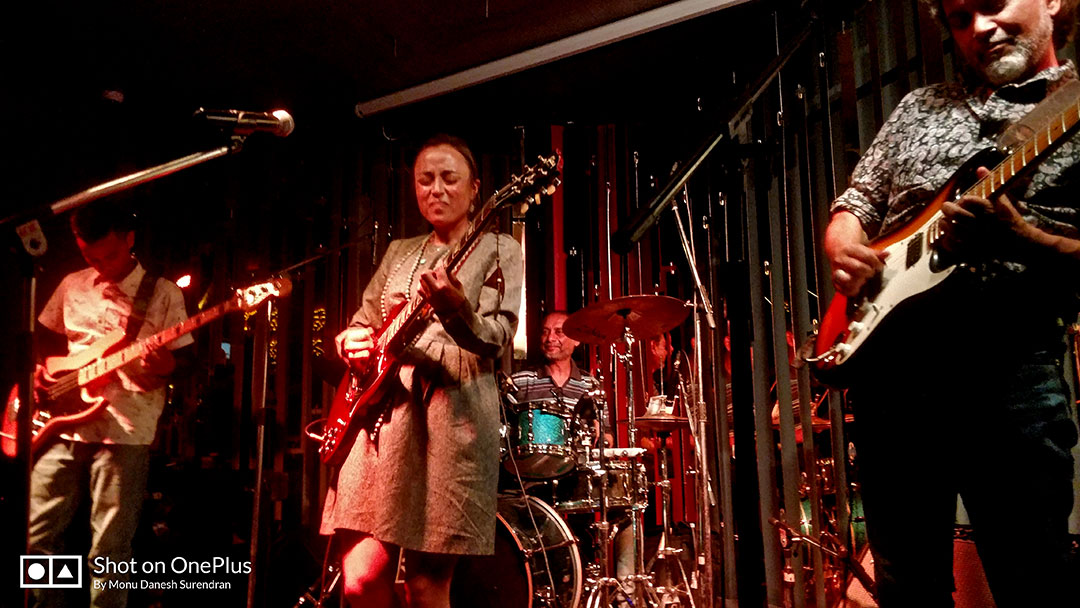 Even the Signature Blends of RCB’s drinks menu had creative ‘ROLLING STONES’ titles.
‘Sticky Fingers’, ‘Tumbling Dice’, Honky Tonk Women, Start me Up…
We got the drift being fans. Even the menu card was screaming Rock ‘n’ Roll.
While we nursed our Long Island Iced teas, whiskies, and vodka we thanked all the Gods for giving us this slice of heavenly blues sound spinning around our nodding heads. 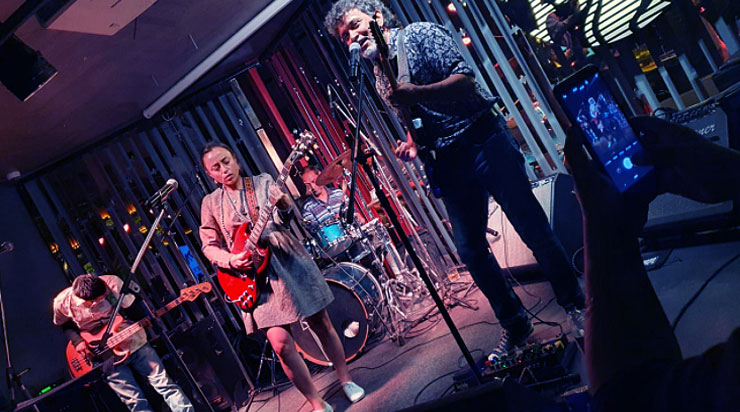 When SOULMATE broke off for 15 minutes, we took the cue to do a survey of the Bar and Café space. We were not disappointed. The Lounge opened out into an open space overlooking the neon-lit crossroads as the wind gently swirled in and out.

A perfect setting to order from their Food menu. Of all the Mexican, Italian and other dishes we flavoured, it was the Medium Tenderloin that hit the right target. Meat and Blues went hand in hand. 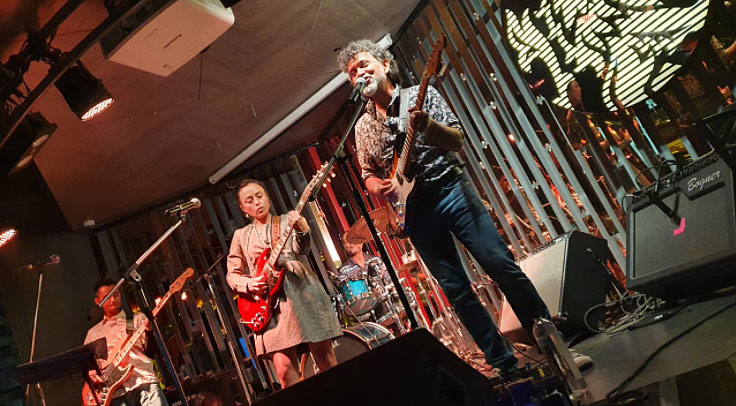 The Middle order of SOULMATE rolled out their signature tunes filled with emotional overtures only Rudy and Tips are infamous for, weaving separately and sometimes together leaving us craving for more. Now we were warmed up with the spirits in all their shades. It was SOULMATE’s take on the Little Feat style that got us going. 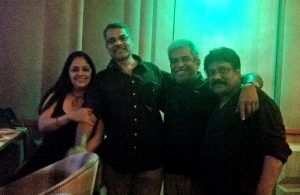 The tail end was when SOULMATE shook up all their tailfeathers and ours too.
It was clear who won that night. Blues Musicians who flew in all the way from Shillong to their ‘home away from home’ Bengaluru. The energy was so evident in the interaction between the band and the listeners. Here’s wishing SOULMATE will be back again and a big hurrah to BFLAT ENTERTAINMENT for giving us their music in a swank setting like the RCB Bar & Café.

I’ll be back for sure.
This time for a laid-back mid-day meal.
That’s another food story for another day.