Drinking eight to ten glasses of water a day is something that has been repeatedly ingrained in our heads since kindergarten. Taking a sip of this life-saving essence has also reserved a spot on our to-do list. However, despite the influx in smart water gadgets and apps, the quest to increase our water intake is easier said than done.

While we adults are plagued by such carelessness, have you ever stopped and thought if your child is drinking enough water at school?

Do you fill your child’s water bottle for school, only to realise, six hours later, it comes back home barely touched? Well, a survey reveals that 68% of children bring home water bottles still full, indicating that they do not drink water at school.

Warning signs of Dehydration in Children

Though guidelines suggest that children between the ages of five and eight should have five glasses of water a day, the reality is slightly different. Lack of hydration among children during school hours is resulting in frequent headaches, dizziness and fatigue, and poor physical performance.

While these are visible symptoms of mild dehydration, it can aggravate in the future leading to chronic health issues including urinary tract infections, and kidney stones.

Since water regulates body temperature, maintains cell structure and enables optimum distribution of nutrients, the need to ensure your child stays hydrated has become more important than ever.

Also, medical experts believe that by the time a child feels thirsty, he or she has already lost 2 per cent of body mass to dehydration.

As a parent, if you are struggling to increase your child’s water intake so that they stay healthy and hydrated, here’s what you can do:

The Water Bell Initiative – rising in popularity across India

Till date, we’ve been familiar with the assembly bell and recess bell of schools. However, there’s a special bell that now rings in few schools – ‘Water Bell’.

What is it, you may ask?

It’s an initiative adopted by schools to make children drink water at specific intervals during the day to keep them hydrated. 53 schools across Delhi, Pune and Bangalore have introduced this concept, following Kerala’s footsteps.

The trend mushroomed after a school meeting highlighted the health issues children are facing due to dehydration.

As the name suggests, the water bell rings thrice a day giving kids a signal that they need to drink water. Though the quantity isn’t specified, teachers ensure that everyone in the class drinks water.

With nearly 50% of parents insisting that schools should introduce water-drinking policies, this comes as great news.

The water bell is based on United Nations guidelines that every child should have access to safe drinking water.

A survey revealed that most children skip drinking water at school to avoid using the toilet, which in most cases is dirty. This further increases the need for proper sanitation to be practised in schools.
As a parent, it is important to teach your kids young. Reemphasize the need for them to follow the water bell at school which will further improve their concentration and learning.

Being proactive about health is better than being curative. Share this article with fellow parents to create more awareness. 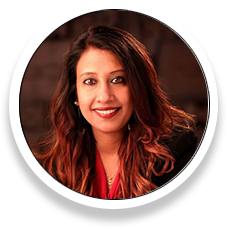 Mobvoi announces the launch of TicWatch Pro 2020 in India

The Amazing Psychology Of Luck

My first day in the kitchen

Atlantis, The Palm Joins Forces With The Dubai Fitness Challenge To...

Ten Unconventional Experiences To Look Out For In Washington, DC

The Countdown Begins To Harry Potter: A History Of Magic At...

Student Education Loan. Why You Should Or Should Not Choose It!