Bitcoin is the first and most famous digital Cryptocurrency which debuted in 2009 by Santoshi Nakamoto. It created an uproar in the finance world, a revolutionary way to exchange money. Flash forward to 2019, bitcoin is still not favored currency of choice for the average customer or business owner. Good or bad everyone has something to say about Bitcoin, even if they don’t necessarily understand it. Bitcoin is multifaceted, highly technical and still very much evolving. This blog talks about basics of a bitcoin.

Why is Bitcoin gaining popularity?

Simply put, Bitcoin is a digital currency. They are directly exchanged between two parties with no intermediary. It’s decentralized. Often called the ‘cash of the internet’, it isn’t issued from any bank or government like a traditional currency. No bills to print or coins to mint.

A Cryptocurrency is a digital or virtual currency designed to work as a medium of exchange. Aside from bitcoin, other well-known alternative currencies include Ethereum, Ripple and Litecoin. As stated above, ‘Bitcoin’ is a cryptocurrency, a form of electronic cash. Bitcoin exchanges are powered by a unique technology called the Blockchain.

‘Blockchain’ is a decentralized (not managed by a single entity), digital (exists only online) ledger of all transactions across a peer-to-peer network. In other words, the Blockchain is a high-tech distributed ledger that allows payment systems to work without intermediaries like banks. This means it is not subject to government/federal regulations when traded or spent. To further simplify, the difference is the same which is there between bank databases, money and dollar.

How does Bitcoin and Blockchain work ?

The first member (or group of members) of the network to properly solve the puzzle gets to append that block of transactions onto the end of the current block chain. At that point, all of the transactions in the new block become a permanent part of the public record. The process of adding blocks to the chain is known as Cryptocurrency mining. When a new block is added to the chain, new coins (12.5 bitcoins — which, in February 2018, is worth roughly $100,000) are created and awarded to whoever successfully added the block to the chain. With as many as 600,000 purchases and sales occurring in a single day, however, verifying each of those transactions can be a lot of work for miners. As compensation for their efforts, miners are awarded bitcoin whenever they add a new block of transactions to the Blockchain. The amount of new Bitcoin released with each mined block is called the “block reward.” The block reward is halved every 210,000 blocks, or roughly every 4 years. In 2009, it was 50. In 2013, it was 25, in 2018 it was 12.5, and sometime in the middle of 2020 it will halve to 6.25.

At this rate of halving, the total number of bitcoin in circulation will approach a limit of 21 million, making the currency more scarce and valuable over time but also more costly for miners to produce.

What determines the value of a Bitcoin?

Ultimately, the value of a bitcoin is determined by what people will pay for it. In this way, there’s a similarity to how stocks are priced. The protocol established by Satoshi Nakamoto dictates that only 21 million bitcoins can ever be mined — about 12 million have been mined so far — so there is a limited supply, like with gold and other precious metals, but no real intrinsic value.

Is Bitcoin legal in India?

The “Banning of Cryptocurrency and Regulation of Official Digital Currency Bill 2019” draft has proposed 10-year prison sentence for persons who “mine, generate, hold, sell, transfer, dispose, issue or deal in Cryptocurrencies. Besides making it completely illegal, the bill makes holding of Cryptos a non-bailable offence.“The penalty imposed on the accused, according to the bill, shall be either thrice the loss caused to the system, or three-fold the gains made by him/her, whichever is higher,” Bloomberg Quint writes. “If the loss or gain can’t be reasonably determined, the maximum fine that can be imposed may be notified by the government.” If the drafted bill becomes the law, Cryptocurrency holders will have 90 days to declare and dispose of Cryptocurrencies “in accordance with the prescription of central government.”

Bitcoin- Is it completely viable?

Without a government or central authority at the helm, controlling supply, “value” is totally open to interpretation. The financial value of a bitcoin, however, is highly volatile and may swing widely from day to day and even hour to hour. Bitcoin transactions cannot be traced back individuals — they are secured but also obscured through the use of public and private encryption keys. Opportunities for money laundering abound. Currently, the bitcoin market is operating without any major regulations. The market is just too new. It is not taxed, which can make it enticing as an investment opportunity. But we are not completely clear on what the bitcoin market holds in the future. Because bitcoin is so new and decentralized, there is plenty of murkiness and many unknowns. Even the technical rules for mining are still evolving and up for debate. Other issues which can crop up are cyber theft, fraud or hacking.

The Blockchain’s full potential is yet unknown. At this point, banks simply cannot afford to ignore this technology. For now, the Blockchain is closely associated with bitcoin, which comes with some baggage. Public perception of bitcoin took a particular dip in 2014, when high-profile bitcoin supporter Charlie Shrem was charged for an elaborate money laundering scheme related to Silk Road marketplace. The scandal seemed to validate critics who said bitcoin was the currency of choice for criminals.

But, the financial industry has started to see that bitcoin and the technology underneath it — the Blockchain — are different beasts. Even if it disrupts the financial sector in the short term, the Blockchain could have significant positive impact in the long run. For one, it might lower the cost of financial transactions. By reducing the odds of costly lags and errors, the Blockchain could create significant savings — which banks could then use as profit while lowering customer fees. The best way to approach this new investment opportunity is with caution and due diligence. Take the steps to secure your funds, and brace yourself for the future of the market. 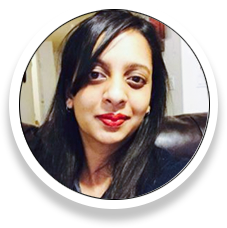 Rajeshwari is a Financial Analyst. She has solid background (8+ years) in Corporate Finance and Banking domain. Presently, she is a freelance blogger, and columnist. Formerly, she has worked in Intel USA, ING Vysya Bank, Bank of America and ICICI Bank. She has done her MBA in Finance from K J Somaiya Institute of Management Studies & Research, Mumbai.

LIGHTHOUSE pre-launches in collaboration with GOONJ – FERMATA: A SAGA OF...

Vital Tips To Take Care Of Your Baby’s Oral Health

COVID can enter through eyes too, prevent eye infections during pandemic

Should You Buy Everything That Your Child Asks For?

Can we change ourselves?

TEAM TDB
0
Anticipation sizzled in the air as a group of men, women, and children followed a dirt path toward a fenced pasture at Hidden Villa...

How to find the best air conditioning service centre?

Barista Launches #Gogreen Initiative On The Occasion Of World Environment...

Falafel recipe with a twist

Self – Doubt and Self – Talk