How Can Optometry Services Help You?

10 Affordable Gifts That Your Girlfriend Will Love 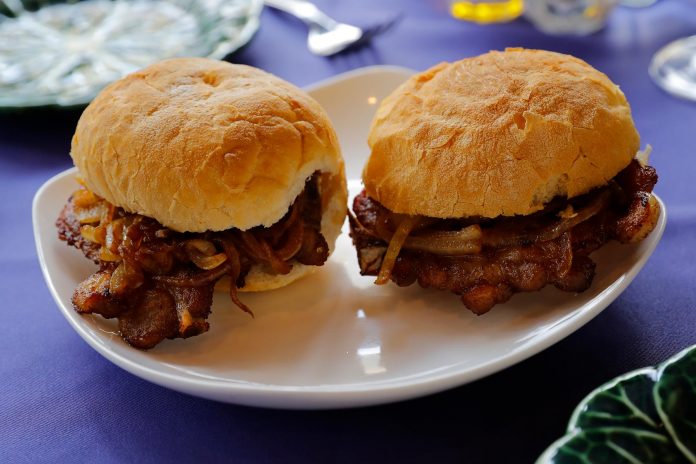 [August 2021, Macao] Great food doesn’t have to come with a hefty price tag. Known as UNESCO Creative City of Gastronomy, Macao is home to some truly lip-smacking and value-for-money food joints, as well as fine-dine Michelin Star restaurants by celebrity chefs. The hugely popular Michelin Guide has identified delicious small and mid-sized restaurants in Macao for your next gastronomy holiday. Bookmark this guide, it will leave you with a sense of satisfaction, at having eaten so well at a reasonable price.

If you’re looking for a quick bite after watching all the street entertainment on Broadway, then try this simple noodle and congee shop. The menu is slightly smaller than the original branch but it still has the same focus on handmade noodles using the traditional bamboo method and served with dried shrimp roe. The congee is smooth and satisfying and has a delicate aftertaste and there are also a few other hot dishes available.

This busy shop next to the pier still kneads the noodles with a bamboo pole just like old times and the flavourful broth is simmered with an array of seasonal fish. The owner’s wife insists on making wonton wrappers and cooking noodles by herself and she’s very specific about both the cooking time and the consistency of the noodles. Other popular dishes include crab congee, tossed noodles with dried prawn roe, and deep-fried wontons with crispy dace balls.

Ownership of this simple, unassuming little place with just five tables has now passed down to the late owner’s son – though his spirit is still honoured in the atmosphere of the restaurant, which is as friendly and as intimate as it ever was. The food is also just as good – the home-style dishes are authentic and carefully prepared, with recommendations being the stewed pork with clams and the oven-roasted bacalhau with potatoes.

Serves pork chop buns, deep-fried à la minute. Pork Chop Bun is a popular Macao-style burger in a crispy baked baguette with thickly sliced grilled pork meat in between. It is different from a regular hamburger as it doesn’t have vegetables or sauce. The bun is crispy while the meat is tender and juicy. 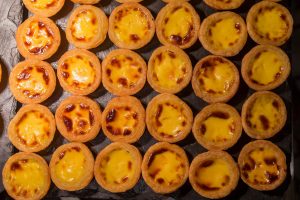 Prides itself on its Portuguese egg tarts that have a crisp shell and silky smooth filling. Though this dessert originated in a monastery in Portugal 200 years ago, it became popular after it arrived in Macao. The egg tarts captivates everybody’s souls and makes for a perfect souvenir.