Hire The Best Electrician For Your Electrical Needs 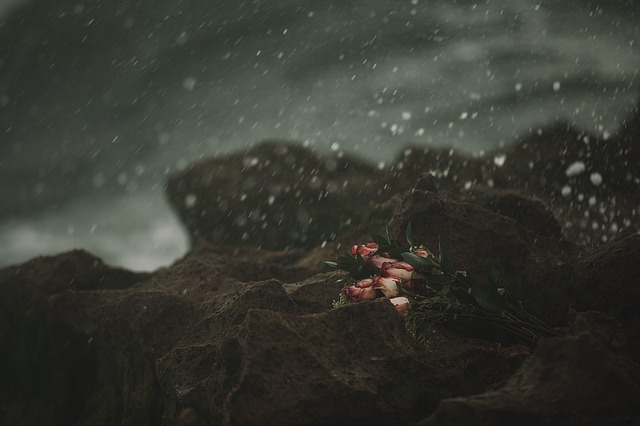 I look into the microscope and fiddle with the fine adjustment. Haphazard ducts and angry cells stare back at me. No mistaking this. Metastatic carcinoma breast- high grade. I look at the age on the request form. It is a lady of my exact age. I close my eyes for a second as I compose myself to mechanically write the report. At that very split second, the thought which crosses my mind is this.

This could have been me.

My technician comes in with the next set of slides. She looks unusually thoughtful today. She shows me a family photograph on her mobile. It is of a young girl with her husband and two sons. She is the young nurse who was posted in the Medicine ICU at Calicut a year ago. She had succumbed to her death while caring for a sick Nipah virus victim. “She was only 31”, she explains. I gravely nod my head and wonder how old my tech is. She too has two small kids. Is a health professional.

A friend texts in the middle of work. This is unusual, she rarely texts. She is much older than me. 50 years.

‘I just attended a funeral’.

‘So is 50′, she replies absentmindedly.

She got off the bus and made her way to the Munster Cathedral. It was an imposing structure, made entirely of red sandstone, one of the places of architectural interest in Basel. She walked through the dimly lit corridors, past an exquisite rose garden in the central courtyard . A little ahead of her, there were some exhibits kept for display. She stopped to look at one of the artefacts. It was a skull in wrought iron placed on a stool. An unlikely object to find in a cathedral, she thought. A young priest in black robes, who was on his way out , stopped to greet her. She asked him, 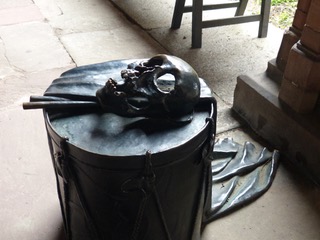 ‘‘It is a Memento Mori . A death mask to remind you of your mortality. A reminder, that you too will die one day’’, he replied gaily.

“Yes. It’s a Latin expression meaning, remember that you have to die”.

He continued, “It originates from a practice common in Ancient Rome. After battle , when a victorious general would come back home to a rousing hero’s welcome parade, he ran the risk of falling victim to haughtiness and delusions of grandeur; to avoid it, a slave stationed behind him would say “Respice post te. Hominem te memento” (“Look after you [to the time after your death] and remember, you’re [only] a man.”). She smiled and thanked him and walked till reached the portion behind the cathedral where there was a canopy of trees and a few wooden benches.

In art, memento mori are artistic or symbolic reminders of mortality. In the Christian context, the memento mori acquires a moralizing purpose quite opposed to the nunc est bibendum (now is the time to drink) theme of classical antiquity. To the Christian, the prospect of death serves to emphasize the emptiness and fleetingness of earthly pleasures, luxuries, and achievements, and thus also as an invitation to focus one’s thoughts on the prospect of the afterlife. In present day millennial jingo this translates as YOLO ( You live only once) . The memento mori in our life serve as reminders of our mortality. A warning that we should not be vain. For after all, you also die only once. YODO.

The canopy overlooked a stunning view of the city of Basel . She so badly wanted a photograph of herself here, against the arresting skyline, but there was no one she could ask except a Swiss couple on the park bench who were coiled around each other like a DNA helix. She sighed and trained her camera lens on the little sailing boats that bobbed down the river Rhine thinking of the memento mori in her life. A familiar face in the obituary column of the newspaper. A parent diagnosed with a terminal illness. An autorickshaw accident and suddenly a childhood friend is no more.

When someone your own age dies, it is a reminder – a memento mori – that life is fleeting and that one day, we too will die. 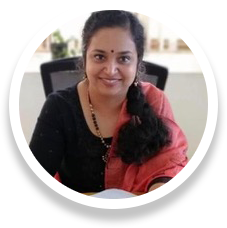 About the Author: Dr. Priya Mary Jacob is a pathologist working in a cancer centre by day and harried mother of two by night. She blogs at acuteangle7.wordpress.com and has written a novel titled ‘Scopegoats’, along with her friend Dr Sajna V M Kutty, which will be published soon.. It is a medical campus novel from a woman’s point of view.
acuteangle7.wordpress.com