Discover the New You at niu&nau

If you’ve ever been the target of a mosquito smorgasbord, you may have wished these insects would disappear from the planet. But what would really happen if insects were to vanish? According to E. O. Wilson, called the father of biodiversity and author of Half-Earth: Our Planet’s Fight for Life, Earth would be a place where most plants and land animals become extinct. Fungi would experience a temporary population boom, thriving on death and rot, and while humans could survive on wind-pollinated grains and marine fishing, mass starvation and resource wars would occur. 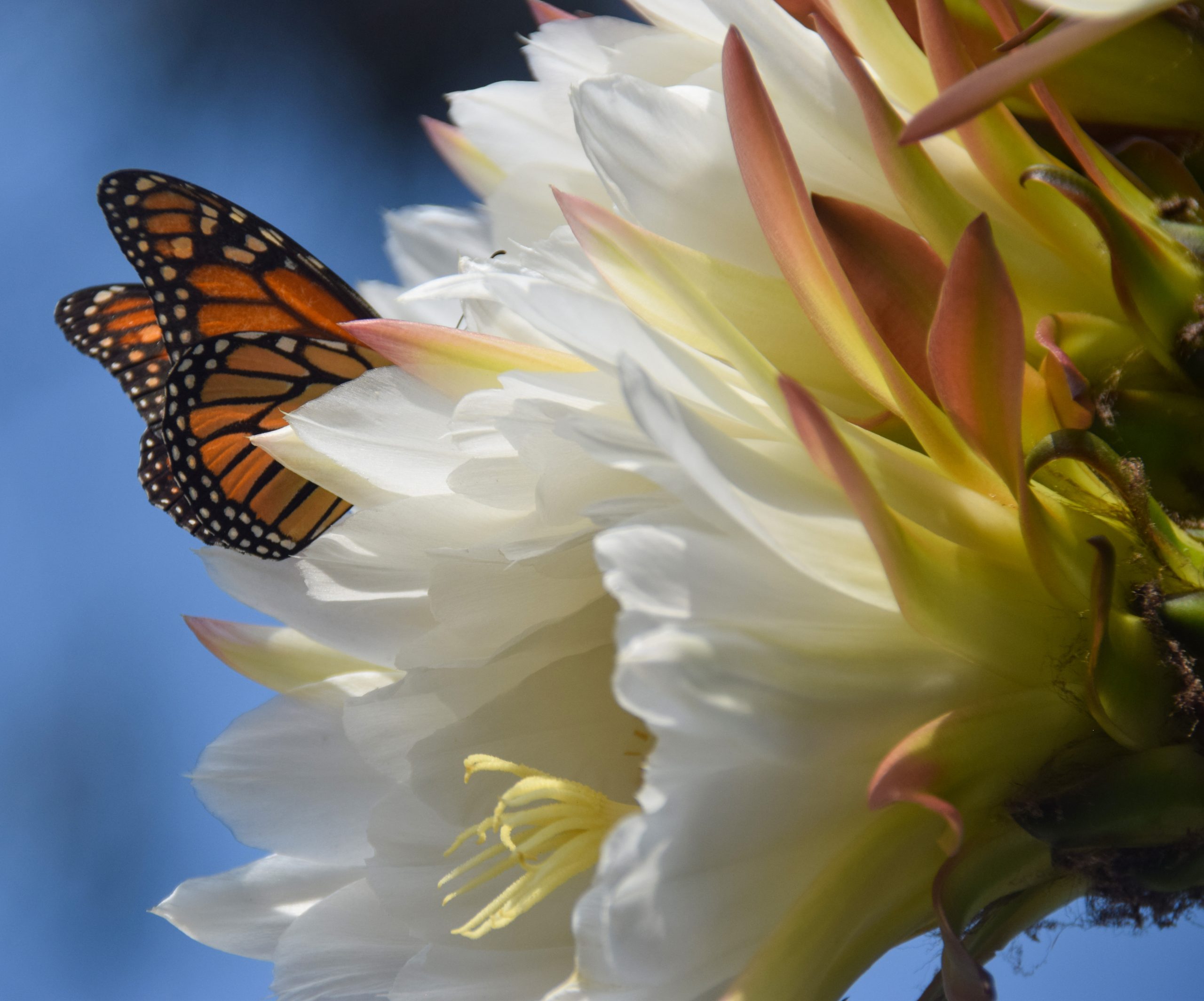 Unfortunately, human activities have brought an alarmingly ecological imbalance that threatens the insect world. According to Mongabay-India, a conservation and environment news and features service report (https://india.mongabay.com/2019/06/insects-are-disappearing-in-india-and-we-dont-even-have-data),  former director of the Zoological Society of India, P.T. Cherian, has stated that nearly 89 percent of the global insect population has not even been named. He believes that the decline of insects happening globally is a problem for India.

But it isn’t only declining insect populations that are worrisome. It is the imbalance being observed. In the United States, the fluctuating climate in California has caused some insects to thrive while others are dwindling in number.  This August over 3,000 acres burned in the Deer Zone Fires in the East San Francisco Bay due to drought-dried pines. The number of California wildfires are also escalating due in part to a population boom of the mountain pine beetle. As noted in an October 2020 “National Geographic” article (https://www.nationalgeographic.com/science/2020/10/bark-beetles-helped-stoke-2020-devastating-wildfires/), this beetle has killed roughly 100,000 square miles of trees across western North America over the past 20 years. The U.S. Forest Service estimates beetle-killed timber represents 80 to 90% of wildfire fuel. Couple dead trees with the dry conditions, high temperatures, drought, dry lightning, and windy conditions and the result is unprecedented firestorms.

California wildfires have created prime conditions for another type of beetle of the genus Melanophila to flourish. Fire beetles flock to forest fires like locusts to a cornfield. These unique species have sensors that detect heat up to 50 miles away. This feature draws these fire-loving creatures to smoldering timber where they mate. As the charred wood cools, the females lay eggs under the bark. The larvae then eat the burnt plant parts and post fire fungi to aid in the decomposition of fire damage. Unfortunately, as firefighters overturn smoldering logs to douse them, angry fire beetles get caught in their hair or trapped under clothing where they buzz and bite, making a hazardous job even more miserable for our unsung heroes.

Yellow jackets, (a stinging and biting wasp), are also flourishing in the United States. Higher queen survival from the mild winters means greater numbers of these pests. In August 2019, vector control reported a 21% increase in yellow jacket complaints as compared to 2018.  Although a nuisance to outdoor diners, yellow jackets are also considered beneficial insects that pollinate flowers and prey on grubs and beetles.

Global redistribution of insect life is another threat. In the United States, the invasion of the Asian giant hornet reported in Washington State in the United States in May 2020 could pose yet another threat to honeybees. These aggressive insects swarm beehives, decapitating the worker bees’ heads and raiding the larvae and pupae to bring back to their own nests.

In June of this year, India witnessed its worst locust invasion in decades. Desert Locust Watch documented extreme infestations across Southwest Asia and the Middle East. Yemen, Saudi Arabia, Sudan, Uganda and Iran were among those severely afflicted. Locust outbreaks are linked to climate extremes. These grasshopper species tend to occupy arid areas that go for years without heavy rain but powerful rainstorms tip the scale resulting population booms. Locust swarms are just one example of the implications of climate change on food resources. 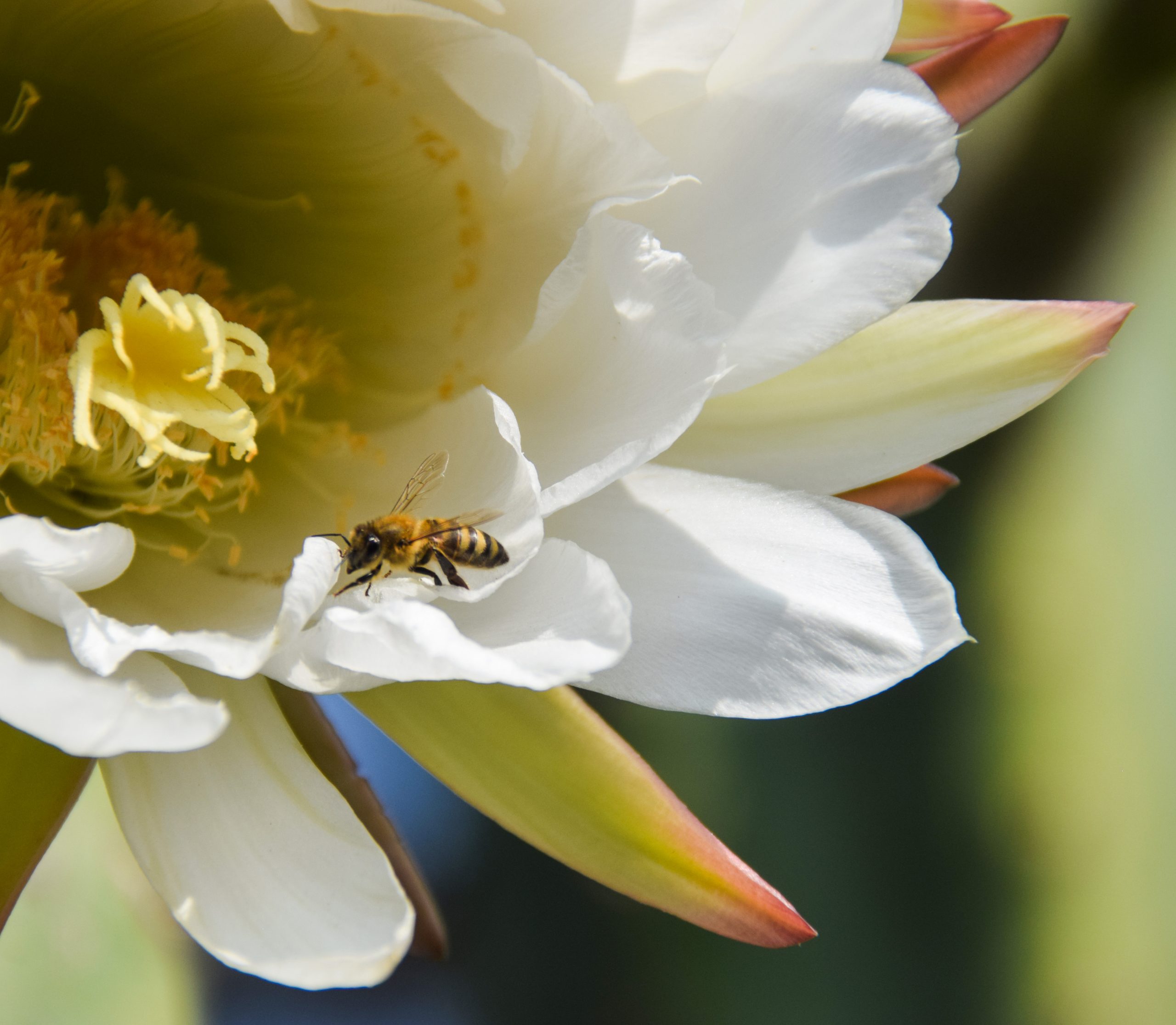 Also on the alarming end of the declining insect spectrum are keystone insects such as the butterflies and bees which are disappearing at a disturbing rate. It has been reported that 53% of bee species and 46% of butterfly species are decreasing globally. More than 90% of all plants need a pollinator to bear fruit and seeds. Thus, these winged insects are key to the success of many agricultural crops. They are also a critical food resource for many insectivorous birds.

The economic implications of losing pollinators are staggering. Approximately $235 – $577 billion worth of annual global food production relies on insect pollinators. In rural China where bees have disappeared, farmers have resorted to hiring humans to hand-pollinate pear trees. Depending on the size of the trees, a person can pollinate 5–10 trees per day compared to honeybees’ daily accomplishment of visiting up to 5,000 flowers.

Butterflies beautify our world by pollinating flowers. Caterpillars devour weedy plants and provide a food source for other animals. These fragile insects can be considered “the canary in the mine” for climate change since their survival needs are specialized. According to the National Academy of Sciences, Edith’s checkerspot butterflies in North America have migrated north and to higher elevations as the result of an increase in temperature.

The monarch butterfly (Danaus plexippus) is among the most beloved of all of North America’s insects. Wintering Monarch butterflies bring economic benefits via tourism to the Monterey Bay of California. The City of Pacific Grove in California calls itself “Butterfly Town, USA”.  The citizens even voted to create an additional tax to create the Monarch Grove Sanctuary. Their Police Department enforces strict regulations that prohibit the “molestation of butterflies.” The fine? $1,000.

Every October to January, these black and orange beauties seek out the eucalyptus grove at Natural Bridges State Beach State Monarch Preserve in Santa Cruz, but peak monarch observation occurs late-November through early-December. In winter 2018–2019, the population plummeted to fewer than 30,000 monarchs, which represents a single year drop of 86% and a drop of >99% since the 1980s.

“An alarming, precipitous drop in the western monarch butterfly population,” Peter Fimrite wrote in the San Francisco Chronicle, “could spell doom for the species, a scenario biologists say could also plunge bug-eating birds and other species into similar death spirals.”

Although not technically insects, the most maligned invertebrates of all are spiders. Even these creepy crawlies play a key role in nearly every ecosystem is controlling insect populations, including mosquitos and biting flies. With the exception of black widows which are poisonous, humanely relocating spiders that invaded your home outdoors rather than killing them is one way to help preserve nature’s balance.

Insects are the most varied and abundant animals, outweighing humanity by 17 times. But despite their abundance, many species haven’t been studied at all and garnering public support for conservation is difficult. You can help boost insect biodiversity by planting butterfly- and bee-friendly gardens and avoiding pesticide use (particularly neonicotinoids). So why not give our pollinators a helping hand? After all, our health and survival is intertwined with these small creatures.

Jill Hedgecock has a master’s degree in Environmental Management and a bachelor’s degree in the Biological Sciences. Her nature- and animal-inspired novels include Rhino in the Room, Between Shadow’s Eyes, and From Shadow’s Perspective. A version of this article first appeared in The Diablo Gazette.

Jill Hedgecock
Jill Hedgecock has a master’s degree in Environmental Management and a bachelor’s degree in the Biological Sciences. She is an award-winning and internationally-published author who is dedicated to taking readers on high-stakes adventures. Her nature- and animal-inspired novels include Rhino in the Room, Between Shadow’s Eyes, and From Shadow’s Perspective. She lives in California with her husband and three rescue dogs.
Author
From Shadow’s Perspective
Between Shadow’s Eyes
Rhino in the Room
Medalist Winner
New Apple Literary Indie Book Award
www.jillhedgecock.com 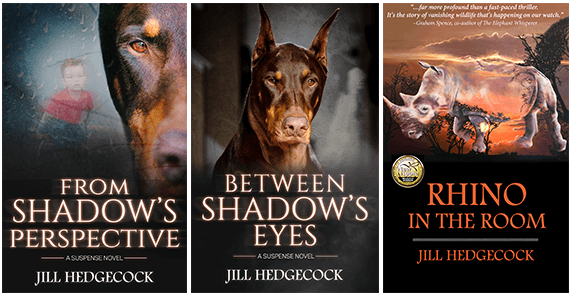