A Nostalgic Thought On ‘Living With Grandparents’ 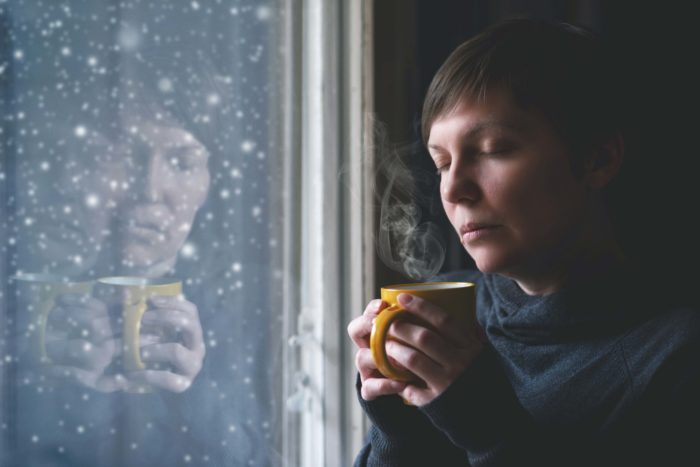 The Diary of an Ambivert

Have you heard about an Ambivert? Well you are about to! I am here to tell you a story…

It’s the story of a young girl, Diya, who lives amidst her near and dear ones. This little girl has quite a number of friends, at school, back at home. She is loved by the people around her because she is very jolly, as they say. She loves to play outdoor games and mind you, she is good at it! She is creative and pretty much good at what she does.

Diya starts to grow up… and not in a very socially accepted manner and I say this for a darn good reason. As she grows older, people find it difficult to talk to her or understand her. One minute she talks to them like she wants to be around them all the time and the next minute she doesn’t know them anymore. Sounds a little exaggerated, doesn’t it? Well it is. But the difference in attitude goes hardly amiss.

Sometimes she is so easy to talk to and sometimes just the opposite. Sometimes she keeps talking like it is as important as breathing and sometimes she doesn’t even recognize that she has a voice. Often she finds herself in situations from which she would love to run and sometimes similar situations become her craving. She finds solace around people who are comfortable with her even in silence. Do not mistake her to be a withdrawn kind, she is definitely not, but then what is it?

Now, such disparate behaviour patterns are not something common. It becomes a matter of concern for people around her, because for them, ‘quiet’ would mean that something is wrong. She keeps getting constant questions whether she is alright or if everything is okay. And believe me or not she hates these questions even when it comes from the person she loves the most.

I am sure many of you relate to people like Diya. I know because I do. If you are anything like her, you are an ambivert.

No you must be thinking what is an ambivert?

Ambiverts are people with a certain flexibility and a bit of unpredictability in behaviour and often vacillates between being an extrovert or an introvert. Sounds pretty fun, doesn’t it? It is not though. People, who have either of the two functions as a dominant trait, find it smooth to operate in the world. It is, however, tough for the ambivert. An ambivert is often troubled and finds it a struggle to manage many day to day situations.

Struggles of being an ambivert

No offence to the people around, but it is incredibly difficult for an ambivert to be around people, round the clock. Such a person would love to hang out with you one day but if that becomes regular, then the ambivert would feel claustrophobic.

Ambiverts love gatherings in theory but they are intimidated by the thought of 20 people around them. For them, a perfect party that they would enjoy would be one or two best friends, food and music. Ambiverts are generally scared of crowds even when they want to be a part of it.

“What is wrong, you are quiet today?”

“Do you want me to take you to the doctor?”

“When are you going to a doctor? Shall I come with you?”

It is generally accepted that people like it if they are cared for. Ambiverts are quite the opposite. They might love you but it will put them off if you show too much concern. Too much care and concern becomes exhaustive for ambiverts. Most ambiverts develop an urge to not tell people about problem they might be facing or some sickness because they fear that they might receive unwanted care or concern.

This is probably the worst struggle of ambiverts. They get such questions almost every day for their entire lives. It’s a constant torture for them to be talking and smiling all the time. They are not unkind people but to them it is extremely annoying if people ask them such questions when they don’t feel like talking in the first place.

Too much time alone can also make ambiverts anxious and can have them craving for some company. They are generally torn between the fact that they desire for company but too much of it upsets them. Often they avoid company to actually avoid others’ expectations which they know that they might not be able to fulfill.

Small talks annoy people of this kind. They would talk to you for hours if you are talking about life or about society or about anything that matters. They find it useless to talk about things which do not have a greater cause. This does not always mean that they do not indulge in such conversations, but they will only do that when their extrovert switch is on!

Friend: What did you do all day?

Ambivert: Nothing much, just the usual.

They are bad in narrating events or describing things because they find it extremely tedious. To them, unless something out of the ordinary hasn’t happened, everything is irrelevant and not worth talking about. So, most of the times, they do not have much to say.

Ambiverts like to be appreciated for their victories and accomplishments but shy away from appraisals and limelight. It is difficult for them to remain the center of attention for too long. However, they would get upset if their endeavour is not appreciated.

Ambiverts find their energy levels to be extremely fluctuating. They encounter days when they find no energy to get out of bed and make something to eat and there are days when they cannot stay put for 5 minutes at one place. This constant flux exhausts them more than anything as they experience it.

An ambivert is a perfect example of a paradox and this is the most significant trait of ambiverts that affect them to their core.