6 Benefits Of Childcare For Young Children 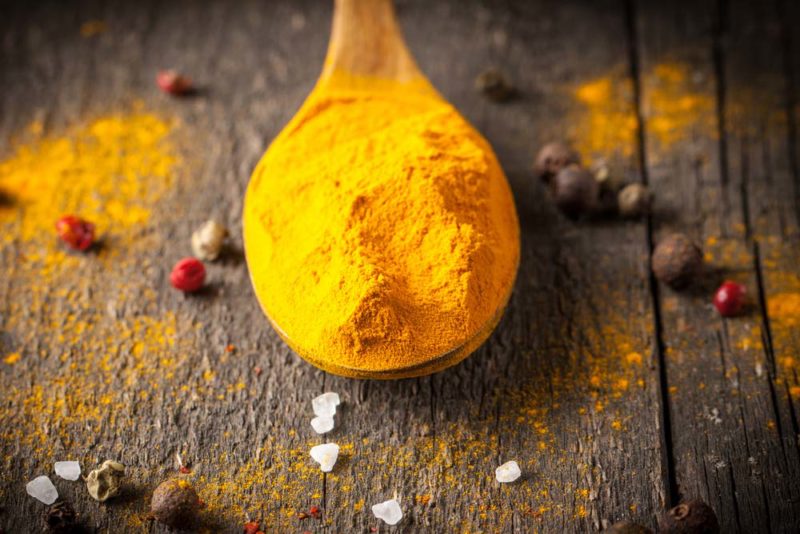 Spices are considered medicine within Ayurveda, the traditional medical system of India.  You may associate them with meat rubs for the barbecue or the occasional curry but you may not realize what a profoundly positive effect they could have on your health.  Spices are the most nutrient-dense and antioxidant-rich foods on the planet.

As a Harvard-trained M.D., I integrate a strong scientific background in biochemistry and Western medicine with training in Ayurveda and integrative medicine. This unique background enables me to seamlessly blend Paleo and Ayurvedic principles with the latest research in nutrition. The result is The Paleovedic Diet – a personalized nutrition plan for optimal health.

The Paleo diet has become massively popular – and yet, I see many patients eating Paleo who are inadvertently doing themselves harm.  That’s why I created The Paleovedic Diet – a nutrient-dense, customized paleo diet – to help you tailor the diet to your unique needs.  This approach has helped thousands of my patients to improve energy, lose weight, and reverse disease.  One of its key principles is the use of spices.

Scientific research has confirmed profound healing effects from spices.  The biochemistry and physiology behind these effects are now understood to be mediated by 4 main mechanisms – antioxidant, anti-inflammatory, blood sugar regulation, and digestive enhancement.

First, spices have unparalleled abilities to protect your body from oxidative stress through their rich array of antioxidants, unmatched by any food except organ meats.  The second key property of spices is their anti-inflammatory effect. One of the key mechanisms by which many spices exert their inflammation-lowering effect is by blocking a compound known as Nuclear Factor-kappa B (NF-kB), which stimulates many inflammatory genes and is linked to multiple diseases including cancer, heart disease, Alzheimer’s and diabetes. [1]

Third, there is promising research suggesting that spices can help to maintain healthy blood sugar.  Finally, spices are used in Ayurveda for maintaining a healthy digestive tract. Ayurveda believes that all disease starts in the gut. Therefore, spices can be used as incredibly powerful tools for maintaining health and preventing illness.  There are a number of key studies which prove the remarkable therapeutic effects of spices.

One of the key ingredients in turmeric, curcumin, has been shown to be effective at reducing inflammation through multiple mechanisms.  One randomized controlled trial (RCT) that compared turmeric against ibuprofen in patients with osteoarthritis of the knee found that 1500 mg of a turmeric extract per day was as effective as 1200 mg of ibuprofen in alleviating knee pain and stiffness and improving knee function, with fewer side effects such as abdominal discomfort. [2] A small study involving patients with rheumatoid arthritis (RA) found that curcumin was as effective as the prescription anti-inflammatory diclofenac at reducing pain and disease activity in RA. [3] In addition to reducing inflammation, turmeric can help protect the heart, preserve brain function, support detoxification, and fight cancer.

So-called “Golden Milk” is a delicious beverage that incorporates turmeric and ginger.  Traditionally made with regular milk, you can substitute any non-dairy milk like almond milk or coconut milk.

Warm up 8 ounces of milk in a pan over medium heat. Add ¼ teaspoon each of turmeric and ginger, and 1/8 teaspoon of black pepper. Stir well to mix the spices. Let the milk begin to simmer — small bubbles will form on the sides of the saucepan. Stir. Allow to heat for another minute or two.  Then remove from heat and serve.

(reproduced with permission from “The Paleovedic Diet”, p116)

Ginger is used extensively in Ayurveda for its digestive benefits, anti-inflammatory properties, and energizing effects.  Like most spices, it is an outstanding source of antioxidants; its key phytochemicals include gingerols, paradols, shogaols and gingerones. Ginger is used traditionally in Ayurveda for digestive disorders such as indigestion, heartburn, and constipation.

One of the most well-established properties of ginger is its ability to reduce nausea and vomiting.  Studies have proven that ginger is effective for treating nausea from almost any cause. [4] Ginger also has a powerful capacity to reduce inflammation and joint pain.  One RCT found that ginger powder was as effective as the prescription anti-inflammatory diclofenac at reducing pain and improving symptoms in patients with knee osteoarthritis over a 12 week period. [5]  Another RCT found that ginger extract was better than placebo at reducing pain in patients with osteoarthritis of the knee. [6]

Cinnamon is rich in antioxidants and polyphenols.  A study comparing the antioxidant activity of 26 common spices found that cinnamon ranked 2nd in antioxidant potency (behind only clove). [7] Some of the beneficial phytochemicals in cinnamon include cinnamaldehydes, flavonoids, and volatile oils. Cinnamon shows exceptional promise for treating metabolic issues like elevated blood sugar and abnormal lipids.  One recent meta-analysis of 10 RCTs found that consumption of cinnamon is associated with a significant decrease in fasting blood sugar and triglyceride levels, and improvement in cholesterol parameters. [8]

Clove is a simple, unassuming spice that is an antioxidant superpower.  In a study that measured the antioxidant capacity of 24 common spices, clove was the compound that was ranked number one. [9] Cloves are also rich sources of vitamin K, fiber and minerals including magnesium, iron, calcium, and manganese. Clove has powerful anti-inflammatory properties; in one study, it was able to reduce blood levels of inflammatory markers after just 7 days in volunteers who consumed a small amount of clove daily. [10] This study attempted to replicate typical daily consumption of spices and not what one would get from taking a supplement; this supports the idea that regular consumption of small quantities of spices in culinary qualities has measurable therapeutic effects.  It also demonstrated benefit after only 7 days of consumption, suggesting that spices can effect measurable changes rather quickly.

Allspice, also known as Jamaican pepper, is the dry unripe fruit of the Pimenta dioica tree.  Allspice is rich in antioxidants, containing at least 25 antioxidant compounds including quercetin, eugenol and ellagic acid; it also has antiviral and antibacterial qualities to fight infections and analgesic properties that can help with pain relief. Researchers studying traditional remedies for menopause found that allspice had the capacity to modulate genes involved in estrogen, thus providing a plausible mechanism and explanation for why allspice is used to treat menopausal symptoms in South America. [11]

Other spices that I discuss in my book “The Paleovedic Diet” are cumin, fenugreek, fennel, coriander, black cumin, curry leaf, ajwain, and saffron.  For more details about their healing properties and ideas about how to incorporate them in over 50 recipes, please refer to my book.  Spices are essential for people who value nutrient density and are seeking to prevent disease through natural means.  Their antioxidant, anti-inflammatory, and digestion-enhancing properties qualify them as true superfoods – and they make your food taste better as well!

Dr. Akil Palanisamy, MD, is a Harvard-trained physician, author, speaker, and holistic medicine expert in integrative and functional medicine. His new book, “The Paleovedic Diet”, integrates the best of conventional and holistic medicine. Dr. Akil seamlessly blends the Paleo diet with Ayurveda and the latest research in nutrition and medicine to present a customized roadmap to perfect health. Based on his own experience with thousands of patients, Dr. Akil provides definitive, practical guidance on what to eat, how to move, how to sleep, how to manage stress and even how to breathe. He presents a revolutionary three-week plan that utilizes nourishing foods, powerful healing spices, and intensive detoxification to help you lose weight, improve energy and achieve lifelong health.