Mobvoi introduces attractive offers on TIC Watches to Celebrate the Day of Love! 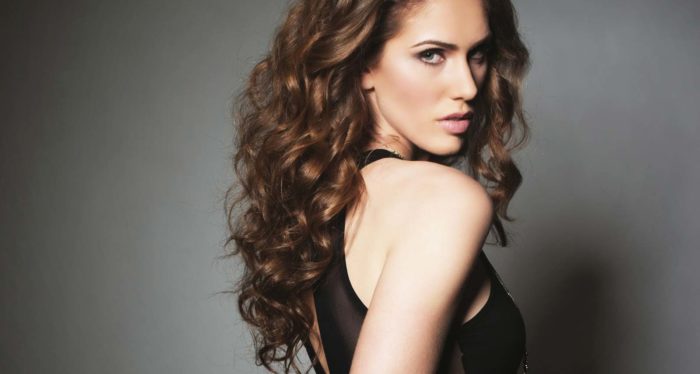 We are super excited about our Muse for July. She is fierce, witty and incredibly gorgeous. Her energy is infectious and she is all about positivity and believing in oneself. At just 23 years of age, Cassandra Bankson has already reached sky-rocketing heights in the modeling industry. Cassandra is a well-established American model, and a sought after online personality as well. Her estimated net worth stands at a staggering $500,000.

Cassandra Bankson is a YouTube sensation and has over 8 lakh subscribers on YouTube where she shares the latest and upgraded beauty, skincare, feel good, and fashion videos and blogs. Her YouTube channel, which she started in 2010, is named “Diamondsandheels14”, where her most popular video is titled “Foundation Routine for Flawless Skin Acne Coverage”. The whole world was in awe of Cassandra’s courage to show the world who she was without the façade of any make up.

She has been featured in a lot of international TV shows including The Today Show, Good Morning America, The Anderson Cooper Show, and others. She has also been covered in some top-rated magazines like In Touch Weekly, Vogue, Glamour, Seventeen, Forbes, Us Weekly, and more. She has also featured in the cover of the Reveal Magazine!

Born in San Francisco, Bankson had worked with a number of local professional photographers, and model coach Charleston Pierce, before she forwarded her professional photos to modeling agencies there. There was no looking back there on. In 2012, she also walked at the New York Fashion Week, for the boy meets girl runway show!

Born with two vaginas (a condition called uterus didelphys), Cassandra always believed that she was special. She grew up with a lot of insecurities though, thanks to the severe acne problem (acne conglobate) for which she even got bullied a lot, ad had to leave school ultimately, however, she always attempted to look at the brighter side of life. Until recently, some lower back pain made her rush to the doctor only to find out, she was born with a lone kidney!

The medical condition was enough to leave her tormented, but then Cassandra only pacified herself thinking she was “too much”. Too much to handle, too loud, very different, and simply spontaneous. Yet she believed she was different in a special way. She kept chasing her dream to become a professional model, and look where she stands now. She has modeled for a number of top brands like Bebe, Guess by Marciano, and Prada to name a few.

Yes, her insecurities about her body, always made her conscious to date someone lest he would not accept her. She always found dating “strange”.  But now she believes the right man will love her no matter what, and is ready to wait for her Mr. Perfect!

Also she has been using humor to heal as well as conceal her pain. When she bought her first car, it was named “Magical Vaginal Mobile” by people, but then she had the guts to write “MAGVAJ2” in her license plate. She is “two-much” of a woman, ain’t she?

As time passes, Cassandra is only learning to love herself however, she is. It takes courage to accept your weaknesses after all. She also wants more and more people to be aware of this medical condition, and urges people to change their orthodox opinions a little about how they view woman, and their vaginas! Truly an inspirational woman, isn’t she?