The Hidden Science of Clapping

Bhardwaj, a man from Mandali village, near Phagwara(Panjab), noticed with deep anxiety and fear that the vision of his both eyes was diminishing drastically. The doctors he met, advised him to undergo surgery urgently for curing his glaucoma. But he was afraid of surgery due to the fear that he may lose his vision totally. It was then he happened to hear in a sat sang of a yogi that clapping could cure many diseases. All the devotees were clapping their hands during reciting keerthans. He decided to start the practice as per the advice of that yogi. He enthusiastically began to practice therapeutic clapping for about half an hour every morning. But he was mocked at by his neighbors. They called him a lunatic for waking them up from deep sleep every day before dawn. But, Baradwaj indeed gladly noticed some remarkable improvement in his vision within a few days of practice. To his surprise, he regained his full vision within a year by the regular practice of clapping.

Noticing the amazing changes happened to this man, the villagers came to him seeking his advice for solving their health problems. He revealed to them the wonderful healing powers of clapping . He advised them to clap 200 to 300 times to begin with, then to increase to 1500 claps per day. Many of the villagers followed his advice to get relieved of several health complaints, including hyper tension, depression, asthma, arthritis, insomnia, diabetes etc. Sounds of clapping were thundering everywhere in the early morning and soon the village began to be known as  ‘ clappers’ village’.

Bharadwaj got wide recognition among his students and clients. His miraculous achievement was even recognized by the Limca Book of Records in 1997 for clapping 9500 times at the rate of 158 claps per minute, which was heard a km away during morning hours.

He claims that clapping is a form of yoga and calls it ‘clapping yogasana’. Those who are living in air conditioned houses and do not sweat at all, are prone to several diseases and health problems. He recommends regular clapping as a priceless medicine for such people. 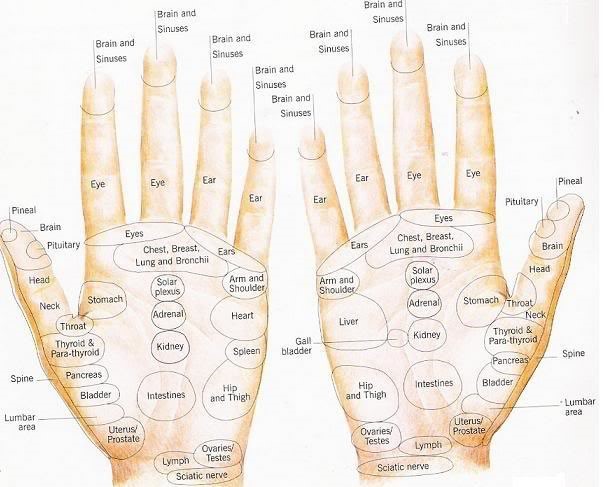 According to the basic principles of acupressure and reflexology, our hands and palms have numerous reflex points and meridians corresponding to different organs of our body. When these reflex points are stimulated by applying pressure, body’s healing response and blood circulation are activated by removing obstructions existing in the veins and arteries.

Dr. Idit Sukkin, a researcher in the Ben-Gurian University, Israel found that children, who performed hand clapping songs in the yard, wrote better with fewer spelling errors. She also found that clapping song had a positive effect on adults also. Their tension was reduced and concentration improved considerably. They also reported that they began to feel more alert and better in mood after clapping.

Another research study conducted by Sukanya Biswas of Symbiosis Centre of Health, under the Pune University, the review of which was published under the title; Clapping  has Incredible Benefits in the international journal ; ‘Psychology and Behavioral Science (August.2017) clearly indicates the proven benefits of clapping. The study reveals that there are 30+ acupressure points in our palms which get activated while clapping. These reflex points connect to various organs of our body including kidneys, lungs, stomach, neck, lower back etc. Clapping stimulates these various organs simultaneously by improving blood circulation. Clapping was also found to improve the overall heart health and regulation of blood pressure. The study says that clapping can be helpful for healing even mental illnesses like depression and anxiety.

Researchers from Korea found that clapping is an effective and powerful method for stimulating the brain. They proved that clapping caused most significant activation on the human brain, compared to other motor activities. The receptors in the hands that are connected to the sensory fields in the brain are activated during clapping. This results in the stimulation of fair portion of brain, leading to activation of various body systems and their healing responses.

It has been shown that regular practice of clapping can increase cognitive powers in children. Also, clapping helps to sharpen their memory and improve their concentration. Clapping is found to be the easiest way to de-stress your mind and alleviate anxiety. It sends powerful positive signals to your mind and helps to remove your blues.

Researchers have found that the regular practice of clapping can reduce your high B.P. When you clap your hands continuously, the functioning of the vital organs of your body will be improved, since all obstructions in the veins and arteries are removed. Clapping considerably reduces the risk of heart attack. Troubles in breathing can also be eliminated by regular practice of clapping exercise. In short clapping is the best tonic for your heart.

Other benefits of clapping

* Regular practice of clapping is found to boost your immunity by strengthening the white blood cells in your body, thereby protecting you from many illnesses.

*Regular clapping is found to be the most effective natural way to improve eye sight and prevent eye diseases like glaucoma, cataract etc.

*Regular practice of clapping can be helpful to prevent or cure diabetes, hyper tension and headaches

*Clapping helps children in improving their motor skills and cognitive efficiency. After clapping they could improve their hand writing and memory.

Clapping is seen promoted as a part of religious rituals and activities. Devotees used to clap their hands rhythmically during the singing of keerthans and bhajans from very ancient times. In Christian religious conventions and prayers, group clapping is very common while singing songs. All these, help to remove the lethargy of the devotees and to improve their concentration by controlling their wandering minds. Moreover, clapping brings instant relief from mental stress and pain and induces happy feelings. Naturally, this becomes a great motivation to proceed and progress in the spiritual path.

Clapping, linked to joy and happiness

Usually, we all clap our hands to express our joy in cheering up and appreciating others for their achievements and victories. An innocent small baby naturally expresses its joy by trying to clap its hands as an inherent tendency. Clapping is regarded not only as a learned behavior but also as an innate tendency to express joy and cheerfulness. Body language experts indicate that clapping is body’s instinctive way of celebrating and feeling great. Because of its link with joy, and happiness, clapping helps everybody to feel great and happy , instantly and instinctively.

The purpose of therapeutic clapping is to activate the acupressure points in your palm. Different types of clapping are followed by different masters and groups. Some common types are explained below.

Keep your palms straight facing each other and clap them strongly so that palms and finger tips should strike each other. Some therapists recommend to apply some mustard or coconut oil on both palms which gets absorbed by your body during clapping. You can do the clapping exercise in the morning hours for getting maximum benefits. However, clapping can be done at any time of the day, even after meals.

Arun Rishi is a popular clap therapist and the founder of a charitable trust, Aayushyamaan Bhav. He travels all over the world for conducting free workshops and seminars to spread the secrets of clap therapy. He conducted more than thousand seminars for different sections of people including MLAs, MPs, and executives. He assures that you can keep your body and mind perfectly healthy, if you do the clapping for at least 15 seconds every day.

Arun recommends a simple and special form of clapping. Firstly, wide open your left hand palm and clap five times with the index finger of the right hand, then with middle and index finger together, them with ring finger, middle finger and index finger together, then with the four fingers including small finger, five times each time. Then come to the full clapping 5 times or more. After completing these clapping rounds, you have to rub your soles vigorously for one minute and do palming on your both eyes. ‘Clap 15 seconds a day, and keep the doctor away’ is the message he spreads through his trust.

The most sensitive and powerful acupressure points related to our brain are on our fingertips. So, pressing the tips of the fingers of each hand each other or clapping with the fingertips alone is a powerful and effective technique for activating your brain and feeling joyful and great instantly. The beauty of this technique is that you can very easily do it, anywhere at any time without making sound and not getting noticed by others. You can do this whenever you want to change your mood and feel happy and vibrant.

Clapping as a Qigong exercise

Qigong is an ancient Chinese system of exercise to enhance body’s life energy, called ‘qi’. For qigong clapping, you may raise your both hands sideways and clap straight above your head and then down on your hips with force. Repeat these several times, say 100 or more. This is a very good exercise for your shoulder joints and hands. Chinese professor Gao recommends to do this at least 108 times at a stretch.

Several groups of people are seen regularly assembling in public gardens or grounds, especially in metro cities, in the morning hours for doing the clapping exercise. Some groups are dancing to the tune of a rhythmic music while clapping vigorously. Other groups indulge in laughing and clapping.  In most of the religious gatherings, devotees indulge in clapping while singing devotional songs. All these group clapping will enthuse them and help to lift their mood.

The World Health Organization (WHO) has recommended clapping hands as one of the best exercises one can practice.

Knowing the hidden powers of clapping is a great realization for anyone. However, as Anton Checkov, the famous Russian playwright, reminds us; ‘Knowledge is of no value, unless you put it in to practice’. So, you start practising this amazing exercise without hesitation for your holistic health and happiness.

You Need Switzerland For Your Next Romantic Getaway!

3 Things You Can Do to Boost Self Confidence

Pros And Cons Of Online Shopping

Why Is Nutritional Psychiatry The ‘Talk Of The Day’?

Barista Launches #Gogreen Initiative On The Occasion Of World Environment...

Taj Tirupati Opens Its Doors In The Holy City Of Tirupati

This Monsoon Escape to the Scenic Green Mountains at Alila Jabal...

GUEST BLOGGER
0
This Independence Day, make it a long weekend getaway in the Green Mountains in Oman and enjoy the destination like never before with Alila...

Importance Of Physical And Mental Well-being Of Teachers And Students In...

How To Deal With Public Speaking Anxiety

Improve Your Life With One Simple Habit

The Importance of Breath in Combating Everyday Stress

A summary on the China-US Trade dispute