All for want of concentration?

Light Up This Festive Season With Unique Experiences 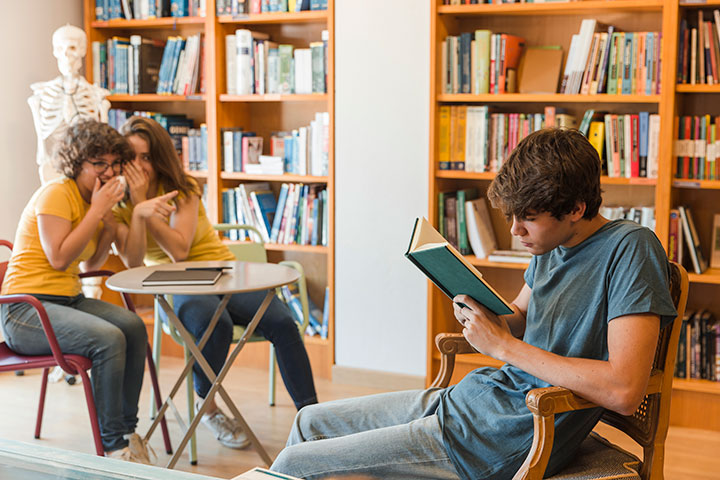 In both scenarios, our egos inflate. When giving, we can come from a superior standpoint. When receiving we can be in a wounded state. In both places, there is room for misunderstanding, misinterpretation and making it very personal. Ego, when dishing out criticism becomes a bit holier than thou. When expressed from this space, we are actually feeling inferior to the other and in order to “bring them down” and elevate ourselves, we express criticism. When receiving criticism, our wounds of shame and guilt are exposed. What we dislike about ourselves is now observed and expressed by another. We have no place to hide. It mostly results in anger, indignation and maybe even bitterness. All are massive egoic states.

But can criticism be really expressed or received without getting egotistic? Yes.

It all depends on the space you are in. So for example, you are at the office. You have been working hard at a particular project and when it comes up for appraisal, you superior points out some things in it which you had also noticed but tried to cover up or ignored or have been feeling too ashamed to admit. So when they point it out, you have no place to hide or go undercover. It’s now very personal. You feel like you are perhaps being judged, or even worse, mocked. And you want to scream or cry that no one noticed how hard you worked. But what you are actually crying about is that in spite of trying to hide the flaws, they could still be seen.

Another scenario could be that for no fault of yours a family member blames and criticizes you for something that happened that may have been out of your control. But in their eyes, you should have been in control of it. And you feel criticized and singled out and it’s not a pretty sight. What follows can be an exchange of angry words or perhaps cold silence.

Can criticism be positive at all? In both cases, whether you are or aren’t at fault, there is a burden of shame. Criticizing others does not feel good to us. There may be a momentary sense of superiority or elatedness. But it has to be followed by deep-seated clocked shame at what we have done to another. We would not want to be in the other person’s shoes.

What do we need criticism for?

It serves a specific purpose. And if we are using it for anything other than this, we are most probably being judgmental. Criticism is used as a form of appraisal of a project or art form or a review of a person towards the goal of improvement or consideration for purchase/ promotion/ launch. If criticism isn’t goal-oriented, it is simply judgment and we are using it to play ego games with others. Significant improvements can be made in products or services or a person if this is done right.

So is constructive criticism better than just criticism? It’s the same as judgement. Delivering onto the other that they are not enough. Although constructive criticism has been given a positive label, many still feel the sharpness of it and swear a smile on their face to show that they are being positive. If it isn’t goal-oriented and serving a greater purpose, it is stunting and shunning of a person or a project or art form.

If this goes on, how does anyone get anything done? We cannot possibly be averse to receiving and giving feedback on something that is important and needs to go out into the world. We need people who are willing to be the devil’s advocate and have us honestly look at what it is we are creating. How does one bridge this divide of needing improvement vs getting into an egoic shame ridden battle with self or the other?

To Critique is to evaluate. There are food and film critics or reviewers. Their job is to evaluate and analyse everything that they see or eat. They go for the experience. It is more wholesome, all rounded and taking efforts into consideration. It takes into account, the good, the bad and the ugly. Critiquing can be seen as more neutral, maybe even more from an appreciative point of view. We can hold the space of critiquing while we offer criticism to others.

So how do we improve anything or anyone through criticism without making it an emotional rollercoaster?

Firstly, if there is an emotional charge to it, release it. Breathe through the emotions and let them out in your out-breath. The best critiquing or criticism can be done when in a completely neutral space. Both in giving and receiving. Release all emotional charge in both places. If it runs deeper than a good breathwork then use simple techniques like EFT (Emotional Freedom Technique) or Sedona Method to release it.

Receiving Criticism that makes you

Criticism need not be feared. It has this weight due to the sheer judgements levied on it over the years. By itself, criticism can be pretty harmless. But we have made it massively significant. If we see it as an evaluating or feedback mechanism and lower our own defences against it, we just became the easiest people to live and work with. The more you know yourself and know what you are capable of and stand for, the less you will give too much significance to criticism. Not desiring criticism is also our own fear of what we may discover about ourselves. What are we ashamed of within us. The only way to release shame is to expose the secret out in the open and be free of the burden of it. Then we aren’t defending ourselves anymore and we can receive everything with no point of view. Including criticism. 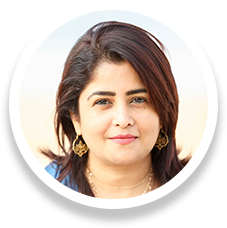 Aditi Nirvaan is a Therapist, Coach, Facilitator, Energy Intuitive and Artist. She has studied Positive Psychology, Mind-Body-Eating Psychology, Feminine Power Transformative Facilitation, Meaning and Valued Living, Mindfulness and Meditation, and Holistic Nutrition. Practicing and teaching various therapy and healing modalities since 2005, Aditi is known for her clarity, compassion, deeply transformative work, generosity and is a pillar of strength for her clients and participants. She conducts programs online and in live workshops as well as private sessions with her clients from all over the world. From 1998 to 2006, she’s also worked in the corporate world, with companies like Tata-AIG, Star TV, The Oberoi Hotels, Times of India and KLM Royal Dutch Airlines in Marketing.

She is an Artist, Writer, Potter and Paragliding Pilot. She specialises in,