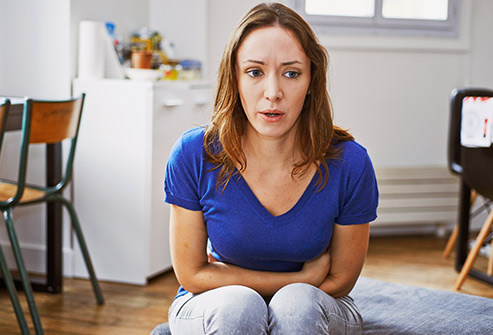 Millions of women in India are silently suffering because the symptoms of endometriosis are often written off as just another case of painful period, cramps, or gastrointestinal problems. Even with medical help endometriosis is usually diagnosed years after the patient first starts to notice the symptoms, and in a country where women are still hesitant to approach the gynaecologist, many have to bear the debilitating pain in ignorance.

Endometriosis is a disease in which the uterine lining (endometrial lining), instead of getting shed every month, starts to grow outside the womb, covering the lining of the abdominal cavity and collecting around ovaries, fallopian tubes, bladder, bowels, and other organs.

On and around the days of menstruation, this tissue grows and bleeds but because of reverse menstruation in endometriosis, it gets collected in the pelvic region and starts invading the tissues. This thick blood accumulates over the organs causing pain in the lower abdomen, lower back, or pelvic areas.

The brutally-painful, under-diagnosed condition needs to be talked about more openly and while celebrities in the West have taken on the cause, I see no major discussions in our part of the world.

Padma Lakshmi, the famous Indian-American author, model, actor and television host, was first diagnosed with endometriosis around 24 years ago, when she was still in Mumbai.

Painkillers and anti-inflammatory drugs became part of her routine over the next decade, and she frequented gynaecologists seeking advice on the debilitating condition that weighed her down for atleast two weeks every month.

Help was not readily available back then, and years of fighting the excruciating condition led her to found the Endometriosis Foundation of America in 2009.

Booker-winning British author Hilary Mantel says that the outlandish, crippling pain associated with endometriosis started as early as her first period. She was ridiculed with preposterous suggestions of “low pain threshold” but could not pin down the exact cause for eight years.

At 27, when she was finally diagnosed with endometriosis, it was too late. She had to undergo a major surgery, and the drugs that followed created several other problems for her. She gained weight, suffered thyroid imbalance and found out that she was infertile.

“Abruptly I lost my fertility and, in some ways, lost myself,” she says in an essay published in The Guardian, as she stresses the need for early diagnosis.

Extra attention is called for because the condition is not easy to identify and a laparoscopic surgery is needed for definite diagnosis. Even if you approach a doctor today, you will probably want to see if your problem can be cured with humble drug therapy, before you want to go in for surgery to check for endometriosis.

However, the even bigger problem in India is that most women pass up on that trip to the gynaecologist because they don’t even know that the intense pain they’re enduring could be the sign of a potentially serious problem.

Famous Boollywood actress Katrina Kaif reportedly underwent surgery for endometriosis in 2009, when she was 28 years old. Celina Jaitley also sought treatment for endometriosis and later gave birth to twins. I’m sure there are other Bollywood big-wigs or women of influence who have been through it or have the capacity to spread awareness about endometriosis but unlike their Western counterparts, they haven’t really voiced a concern.

Hillary Clinton, Marilyn Monroe, Cyndi Lauper, Queen Victoria, and many other celebrities suffered from endometriosis, and many of them have given their voice to the cause.

Dr. Pramathesh Das Mahapatra, the founder general secretary of the Endometriosis Society of India, admitted that research on endometriosis in India was required but they could not procure enough funds or support.

Women around the world report to being misdiagnosed with depression and other conditions, when the root cause of it all is endometriosis. It throws a woman into that state of low self-esteem and she finds herself carrying a burden of misery with little chance of release unless she is confronted by someone who figures what might be wrong and shows her how to deal with it.

Women—famous or not—who have suffered from the disease should be encouraged to talk about it so that other women, who are baffled by the unexplained agony caused by endometriosis, find some direction and are not afraid to take a step towards health and healing.

Disclaimer: The information and the image has been provided by the Author.

Bias: How does it touch your lives?

Where to Ice Skate in Washington, DC

Paper That’s As Good As Gold

Moving Out Can Be A Very Hectic Job in Itself; Do...

How to Get UNSTUCK and Create the LIFE You’re Meant to...

How To Host A Fun Girl’s Night

Help Your Elder Child Cope When A New Baby Arrives