7 Ways To Exercise And Have Fun 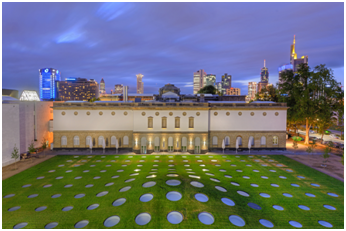 FRANKFURT, SEPTEMBER 3, 2021: Frankfurt is known for its over 60 museums, 13 of which are located on the Main river embankment, including the Städel Museumand the Museum of World cultures.

The Staedel Museum’s collection of seven hundred years of European art from the early fourteenth century to the present focuses on the Renaissance, the Baroque, early Modern art and much more. The museum, in association with the National Gallery of Canada in Ottawa will address Rembrandt’s rise to international fame during his formative years in Amsterdam.

The presentation combines the Städel’s Rembrandt collection, including The Blinding of Samson (1636), with contributions from international collections, such as the Rijksmuseum in Amsterdam, the Gemäldegalerie in Berlin, the Gemäldegalerie Alte Meister in Dresden, the National Gallery in London, the Museo del Prado in Madrid, and the National Gallery of Art in Washington, D.C.Rembrandt’s “Tronie of a man with a feathered Beret”, “Judith at the Banquet of Holofernes”,  “Landscape with a Stone Bridge” and  “The Abduction of Ganymede” are to be a part of the exhibit.

The exhibition will feature Rembrandt’s works alongside the works of his contemporaries like Nicolaes Eliasz. Pickenoy and Bartholomeus van der Helst. His works impacted the artistic network with its versatility; his paintings encompassed landscapes, genre scenes and still lifes as well as history paintings and portraits.

The exhibition is organised by the Städel Museumand the National Gallery of Canada in Ottawa. It will be open to the public from October 2021 to January 2022.

Find out more on the exhibit here.