Empathy – The Essence of Human Relations 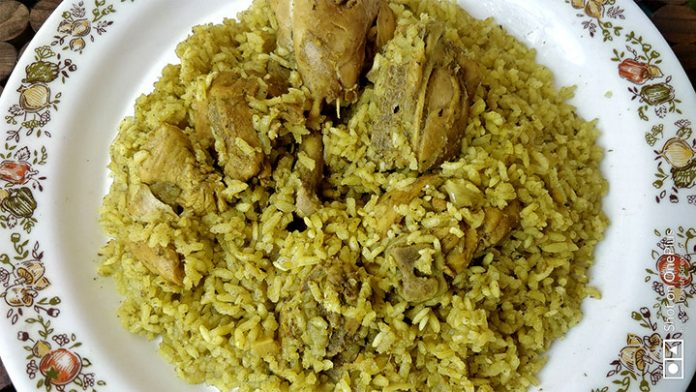 I am a Biriyani lover.
I am game for any kind of Biriyani and believe me it is a total, complete meal.
I am not alone in my passion for meat cooked with rice, just one among half a billion Indians who would swear by a Mutton or Chicken Biriyani. If like me, you have a passion for discovering local cuisine during short travels or long stays, what would be one of the safest ways to eat meat cooked anywhere in India?

In a Biriyani of course

It would be cooked in the spices and masalas familiar to the local palates for generations. I can happily digest the masala twist of the area, but generally, the cooking methods are almost similar across the country for making Biriyanis.

My early years in Kollam, Kerala ensured that the biriyani had to have boiled eggs and pappadoms to go with it as necessary accompaniments in addition to the raita and pickles.
My Bengaluru days layered my love for biriyanis with Hyderabadi, Ambur. Kolkata, Awadhi, Tellicherry and of course Donne Biriyanis.

Sadly, I’m yet to flavour a finely made ‘Malabar, Calicut or Tellicherry biriyani in Bangalore.
If I have to go ‘Vocal for Local’ when in Bangalore, the biriyani to go for is definitely the Donne Biriyani.

Be it in a Military Hotel or just a rustic, bare Donne Biriyani place anywhere in or the outskirts of this city.

Once when travelling through Gadag, in Karnataka, I had a local mutton biriyani which was spicy and delicious. They also had fried, long green chillies as an accompaniment.
During my brief stay in Gadag then, I was told that chillies were one of the main crops in and around Gadag. 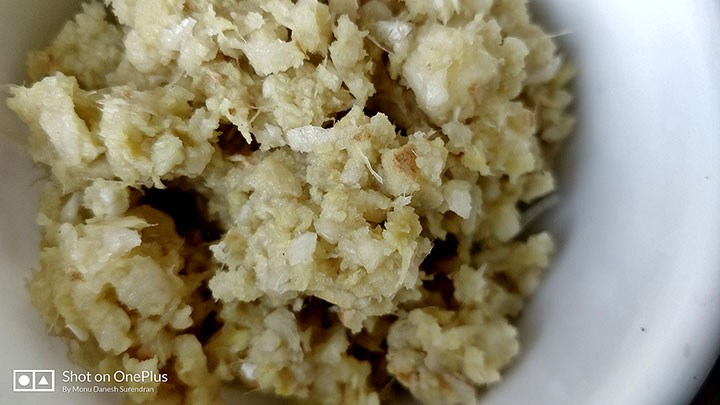 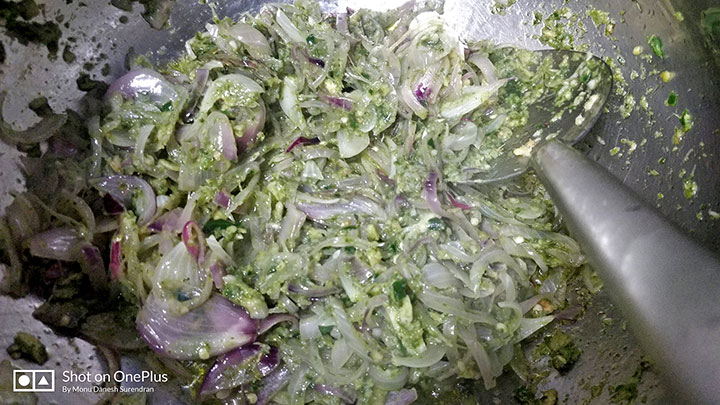 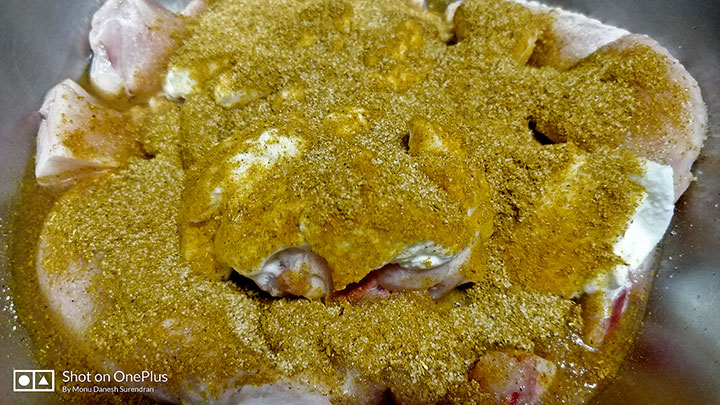 It is like no other biriyani.
The Donne Biriyani has a specific, standout flavour.
My search for the classic Donne Biriyani spice mix ended in familiar terrain.
Familiar because I was gifted a small packet of the spice mix by a friend who stays close to the Frank Antony Public School in Ulsoor, where I studied till the 7th standard before moving to Kerala.
I sniffed the packet and the aromas hit me like a splash of freshly grounded spices thrown in my face. I could get the whiff of the familiar Donne smell. ‘How did you manage to get that Donne Spice bomb’ I asked.
‘All spices in the right ratios freshly ground and mixed’. ‘Think turmeric, chilli, cinnamon, clove, dried lemon zest… etc,’  he replied. It took us a lot of trials to get us to that Eureka point.

‘Check it out and gimme your feedback, Masked Chef’, he joked as he zipped up the pouch of ‘Donne Biriyani Masala’ and handed it to me.
‘Don’t forget to use ‘Jeera Samba rice’, he said as he waved us off.

When I laid out all the ingredients to cook up the Donne Biriyani, I realised I did not need any aromatic spices which are key to making a good biriyani.
I had the spice masala all zipped up in a packet. I had a whole chicken curry cut for biriyani and of course ‘Jeera Samba rice’.

Adding my small twist to cooking up a Donne Biriyani like by friend had instructed, I marinated the chicken with yoghurt, and a portion of the masala powder mix and marinated it for 4 hours.

In the original instructions, there was no marination required. The Donne Biriyani Masala is what my friend calls it and it is for ‘convenient cooking’. As in you can cook up a Donne Biriyani at home in a jiffy.

This was during a pandemic lockdown, so I guess I had time and therefore I marinated the chicken like in a regular biriyani I cook at home. It did not harm the flavour in the end it only tenderised the chicken more and allowed the masala to get deeper into the meat. 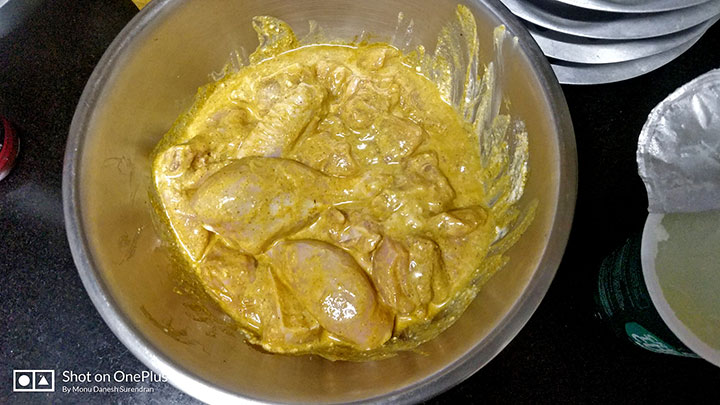 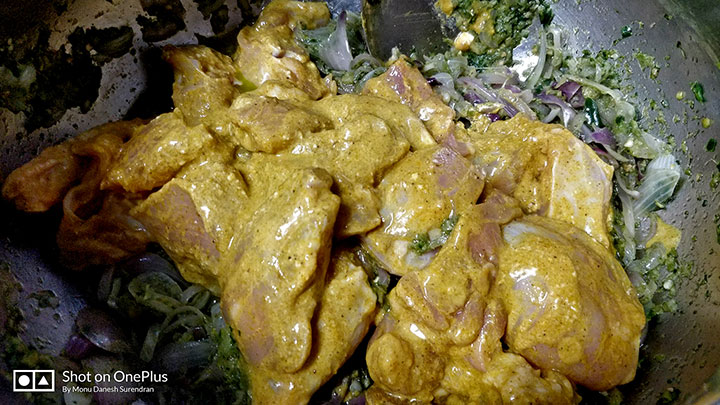 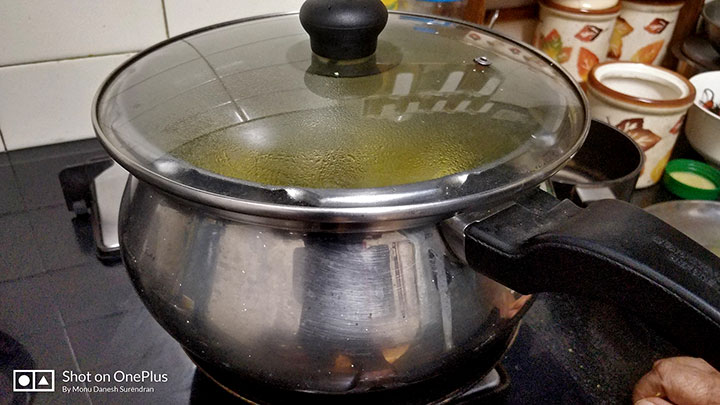 Anyways, the Donne Biriyani Masala Mix was for 600 gms of chicken and for 600 gms of jeera samba rice. From here on I followed the instructions.
After adding 3 spoons of Ghee and oil each, I tossed sliced onions in along with a couple of spoons of ginger garlic paste and sauteed it well. To this, I added in a paste of mint (Pudina) leaves and green chilli paste and further sauteed it till they are well blended. To this was added the chicken pieces, the Donne Biriyani Masala and water.
After the chicken was almost cooked and in a  gravy consistency, I added the soaked Jeera Samba rice in and added additional water and cooked it till almost done.
Finally, I placed the vessel on a Tava, closed the lid and allowed it to cook on low flame for about 30 minutes and then turned off the flame.

This time to ensure the final flavour of the Donne Biriyani I had cooked, I took it over to a friend’s home. Another common friend dropped in and I waited as I served up the Donne Biriyani and we ate together.
The verdict of the friends (both born and brought up in Bengaluru) was ‘Great Biriyani, my friend!’
I could breathe easy. I
I guess it was the Masala that was the reason behind the Donne Biriyani becoming a hit. It is soon to be launched online and in offline retail stores anytime soon.
Will definitely do the ‘Brand Story’ of how a Donne Biriyani can conveniently be cooked in your home kitchen just as it launches in this city.
Rest assured that those who get to flavour that Donne Biriyani which you could cook in your home then will definitely say ‘Great Biriyani, my friend!’ which literally translates to ‘SAKKATH DONNE BIRIYANI GURU!’ in Kannada. 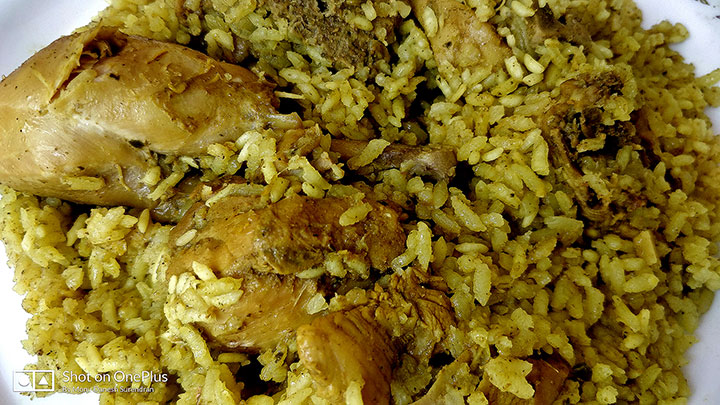 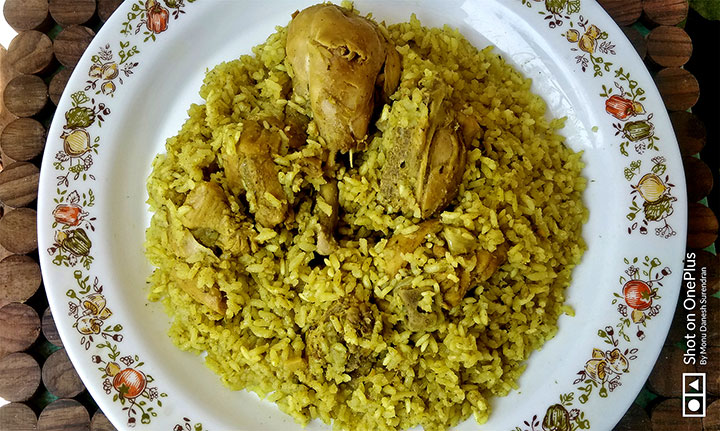