This Diwali, Celebrate With A Fine Collection Of Exquisite Teas By Teabox

Is Acne Scarring Your Child’s Self Esteem? 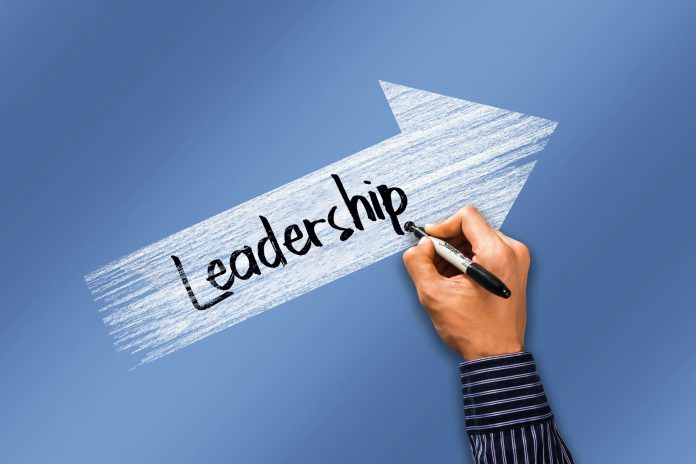 There is an old story about leadership we find in history. The leader lends no help to a team of soldiers when they were engrossed in the serious work of creating a defense fence. Smoking a pipe the leader merely shouts orders and does nothing to help. He kept on threatening to punish the soldiers if the work is not finished within an hour.

Then there comes a horse man on the scene asking the leader why he lends no help. Upon this the leader ridicules him saying ‘you can join them if you are in too much sympathy. I am a leader; I give orders and they follow.’

Quietly the man on horseback got down and joined the group to complete the work. Thereafter he never forgets to appreciate the good work and commitment of the soldiers.

A bit taken aback by this strange behavior the leader approaches the stranger. The stranger then gives an advice ‘if you a have some inhibitions about joining the team in times of crisis because of your rank, you can contact your higher ups who would certainly find a solution’. It was then the leader realizes the stranger is none other than his supreme boss George Washington!

Great charismatic leaders are guided by their own judgments, inner vision and the strength to rise up to the situation on hand. Needless to say that George was one such wonderful leader in the American History.

We have a number of leaders who have chosen a style to lead by example. Unlike Authoritarian leadership styles where the leader simply imposes expectations, sets and defines outcome, here is a simple direct approach just to lead by example.

Leaders who lead by example are quick to get responses and participation. The impact they create will be great and spontaneous. “Ninety percent of leadership is the ability to communicate something people want “says Dianne Feinstein former U.S. Senator and the most efficient manner in which you can communicate is by setting a true example.

In the good old days in a soda ash plant in Gujarat there was a foreigner engineer working. He was the guy who was incidentally responsible for setting up the original plant there. The name of this gentleman was Nichols. Nichols was the chief engineer and he need not actually move about in the plant and in the vicinity. He is expected to remain in his comfortable cabin and run the show by the help of his electronic gadgets and equipments.  He has a large battalion of engineers to run around to endure everything is going on fine. But this man would never be found in the office most of the time. He would stroll around to find if there are any minor or major issues anywhere. When he finds anything he would sit with the mechanics then and there to set right the problem. In the mornings you would find him outside the factory checking pipe lines carrying the waste chemicals for disposal. Even when enough people are around to check these things, he moves around and would lend a helping hand to mechanics any time,never bothering about his position in the company.

Another person who comes to my mind when we talk about leadership by example is that of  Shri E.Shridharan of Metro fame. Under his stewardship, in the Konkan Railway project, the company executed its mandate in just seven years. The project which was found to be an impossible task by many experts had as many as 93 tunnels. The total project covered 760 km and had over 150 bridges. It was unheard of that a PSU project could be completed without much of cost and time overruns. Konkan Railway is known as one of the most complicated railway project to have been constructed in the world.

In those days of construction of Konkan railway it seems he would turn up anywhere on the project area quite unexpectedly to take stock of events and state of affairs. As you know, constructing a mammoth rail system in such a difficult terrain with rock formations which could collapse any time and the awaiting threats he thought it proper to be on the spot to give guidance and help. Perhaps it is his style of working and the leadership by example which might have catapulted him to such fame as a true committed leader. We have thousands of engineers but do not have any engineer to replace that great man.!

For Mr. C Achutha Menon politics was not meant for minting money. He was a committed communist avowed to bring up the living conditions of the working class. Uplifting the downtrodden and the marginalized and bringing equality and justice to the poorest of the poor was his dream. Carl Max influenced him beyond measure he was aspiring for a better world people could live with dignity and honor.  He found a true   antidote   in communism for the rampant inequalities in his state. His hero was Jawaharlal Nehru. He shared the young leader’s vision that the main justification for acquiring political power is to bring equality to people and improving the lives of the marginalized.

Once in power his attention turned to the distribution of land in a more equitable manner, abolishing the absentee land-lord system etc. The first communist government in the state thus set the ball moving for a new development agenda for Kerala.

Following the ideals of Nehru he had the vision for technology based initiatives in the state. From a feudal age   the state stepped into a modern era. He believed that the technology would become a major tool in transformation of society in the hands of honest and committed communists.  He was a man honest to the core true to the tradition and high standards of self sacrifice, similar to that of EMS.

Michael Jordan once said.  “Some people want it to happen, some wish it would happen, others make it happen.” These words are very apt to explain the endeavors of Shri Menon in the matter of land reforms in the state.

Shri Achutha Menon was a leader who led the masses through his own lofty ideals demonstrating by examples setting an icon for party men to follow. A person doing his best becomes a natural leader, just by example. He was admired by even congressmen in that era.

“Live your life in such a way that you’ll be remembered for your kindness, compassion, fairness, character, benevolence, and a force for good that had much respect for life, in general.” Germany Kent once said these words which would be most suitable for Mother Theresa and her life as a leader. Mother Theresa was all set to change the world around her in the name of her Christian faith and values, so that she could live those values more fully for the betterment of humanity.

“The real power of a leader is in the number of minds he can reach, hearts he can touch, souls he can move, and lives he can change” says
Matshona  Dhliwayo

APJ was the one president in India who was most loved by kids. He was known as the leader of ordinary people. People held him in very high esteem.

Why was Kalam so dear to the masses? The reason for popularity among diverse groups in India, and an enduring aspect of his legacy, is the syncretism he embodied in appreciating the cultural traditions of India. In addition to his faith,  Kalam respected  Hindu traditions. He learned Sanskrit, read the Bhagavad Gita and he was a vegetarian.

In 2002, in one of his early speeches to Parliament after becoming president, he reiterated his desire for a more united India, stating that “During the last one year I met a number of spiritual leaders of all religions … and I would like to endeavor to work for bringing about unity of minds among the divergent traditions of our country”.

Shashi Tharoor stated, “Kalam was a complete Indian, an embodiment of the eclecticism of India’s heritage of diversity”. APJ created a niche for himself in the minds of every Indian north to south. “Pick a leader who will make their citizens proud. One who will stir the hearts of the people, so that the sons and daughters of a given nation strive to emulate their leader’s greatness. Only then will a nation be truly great, when a leader inspires and produces citizens worthy of becoming future leaders, honorable decision makers and peacemakers. And in these times, a great leader must be extremely brave. Their leadership must be steered only by their conscience, not a bribe.” These words of Suzy Kassem are apt reflection on APJ .

APJ had many qualities that hold him close to our hearts. The people who lived in ghettos were his priority. He never missed an opportunity to talk to the young people and motivate them.  We would always miss him and the vacuum created by the sad demise can never be filled.

APJ was true blend of an outstanding statesman, most acclaimed scientist and innovator, and a source of true inspiration to the youth in this country. Amit Ray’s words are eminently suited to explain APJ “Leadership is not just some empty formulas but establishing deep connection at soul levels through service, integrity, passion, perseverance and equanimity.”

One of the most important qualities of Dr Kalam was his tremendous energy and the ability to inspire, to build consensuses in matters of political interest and to bring people together for the common good.
Kalam was an enthusiastic leader commanding respect and he was committed to certain values in life, and a true a leader by example.

Authoritative leaders may emphatically put things and galvanize you for quick action. But this all might leave trace of hatred or ill feeling in the minds. Take Hitler for example; there is no sweet feelings there.

Here we have gone through the lives of few leaders who have something in common. They led by examples and are well remembered and we hold them in high esteem. Mind well a leader by example leaves a long lasting impression and the awe, respect and the love in our minds to stay forever.