Hyperphosphatemia is a condition commonly seen among chronic kidney disease (CKD) patients, in which phosphate levels shoot up abnormally high. This can result from varying factors like increase in phosphate intake, decrease in phosphate excretion, or a disorder that shifts intracellular phosphate to extracellular space, but the health of our kidneys play a crucial role as its kidneys that control the amount of phosphate in the blood.

Phosphates are the naturally occurring form of phosphorus and is the second most abundant element in the human body after calcium. And, similar to calcium, phosphates too require vitamin D for its absorption. However, abundance of phosphorus in chronic kidney disease patients poses a serious concern as it lowers the calcium levels in the blood and can cause many other health ailments like cardiovascular calcification, metabolic bone disease and the development of secondary hyperparathyroidism (SHPT), etc.

Generally phosphate is absorbed from digested food in the gut and in normal circumstances if there is higher than normal phosphate absorption, the kidneys are somehow able to cope with increased excretion. But if the kidney function gets hampered, even a moderately raised phosphate absorption can lead to “hyperphosphatemia”. And that’s why the patients on dialysis are commonly seen affected with hyperphosphatemia.

Secondly, phosphate absorption can also be increased with vitamin D which can lead to hyperphosphatemia through increased gut absorption of phosphate.

Some of the possible causes of hyperphosphatemia due to excessive phosphate

Some of the possible reasons of hyperphosphatemia due to decreased elimination of phosphate includes :

Occasionally patients with hyperphosphatemia report hypocalcemic symptoms such as muscle cramps, numbness or tingling. Other symptoms may include bone or joint pain, and rash, etc. More commonly, patients report symptoms related to the underlying cause of the hyperphosphatemia but these generally are uremic symptoms, such as fatigue, shortness of breath, anorexia, nausea, vomiting, disturbed sleep, etc.
Tests and Diagnosis

Hyperphosphatemia is diagnosed with specific blood tests which measure the levels of :

Its important to diagnose and find the underlying cause of hyperphosphatemia so as to treat and restore normal phospate metabolism. Various medication can help normalise the phosphate levels in the blood. Dietary modification or consuming low phosphorus diet is also necessary especially in case of kidney patients. The medication used for hyperphosphatemia includes :

A low phosphate diet is an important part of the treatment and management of hyperphosphatemia. Dietary change alone may be sufficient to restore blood phosphate levels provided the kidneys function efficiently. Foods that should be strictly avoided, or at least consumed in moderation includes: manufactured drinks and foods such as soft drinks, chocolates, tinned milk, processed meat, processed cheese, ready-to-eat-meals, ice- creams, soups containing large quantity of beans, lentils, peas and milk which are high in phosphorus.

Also, vegetables and legumes like asparagus, beans, broccoli, corn, mushrooms, pumpkin, spinach and sweet potato, etc., should be consumed in restricted quantity. Even foods like meat, fish, soft cheese like cottage cheese, mozzarella, etc., should not be consumed more than one serving a month. However, it is advisable to consult a nephrologist or renal dietician before making any major diet changes.

Therefore, multiple strategies can be implemented to control phosphate homeostasis in patients with CKD. Besides dietary restriction, removal of phosphates via dialysis or intensive (nocturnal or short daily) dialysis regimens can also be implemented, this modality of treatment often proves beneficial. 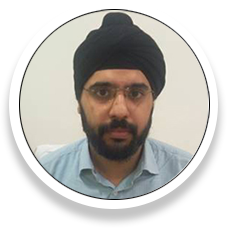 11 Facts To know About Gold ETF Before Investing By Tavaga

Prepare Your Child Against Child Abuse

Focus on OPPORTUNITIES during Corona-Time. Start NOW to Breakthrough in 2020

Rachel Smets
0
Focus on OPPORTUNITIES during Corona Crisis.  Where is your Focus on? There are always opportunities in every adversity. Are you seeing this opportunities? Wherever you are in...

Explore the Capital that Goes Beyond the Monuments and Memorials

Why Would You Consult A Dentist?

Are All Intelligent People Rational?