CREATE YOUR DESIRED LIFE Today. Live a life without REGRETS

What To Pack: Downsizing Your Travel Bag 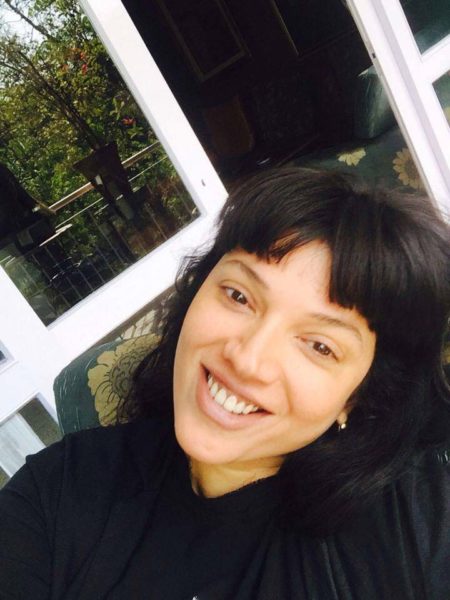 The Multiple Faces of Joey Matthew

If the Brits have Nigella Lawson whipping up quick, easy and sexy feasts, we Indians have the incredibly gorgeous, the very desirable-Joey Matthew raising the mercury in the kitchen with her delectable treats! But there is so much more to Joey Matthew than food and fashion.

People who are in the fashion industry have a strict diet system, right? They can never be foodies, is what we imagine. Well, never have we ever been so wrong, and breaking this stereotype is none other than the gorgeous Joey Matthew. Now, here is a super model-chef! You may know her from her amazingly successful cooking show on NDTV Good Times called “Love Bites with Joey”, but this amazing woman is so much more than just the pretty host of a cooking show.

Joey Matthew initially studied to be a lawyer under the mentorship of the legendary Ram Jethmalani, but later changed careers, deciding to switch to modeling. She admits that in retrospect, law was probably not for her, and she switched to modeling because she craved for something more fun and adventurous. How we wish that we could be as brave as her!

But her sense of adventure did not just stop at that. Why be just limited to the world of fashion, she thought, when you could do so much more. That is when she decided to collaborate with a bunch of different singers, recording artists and composers to explore the world of electronic music. Today she does fashion shows only for those designers whom she considers her close friends.

Introduction to the culinary world

After she came back home from boarding school, she decided to eat nothing but home cooked meals. She admits that initially she wasn’t much of a cook and had trouble even making something as simple as a cup of tea! But after she moved to Delhi at the tender age of 18, she slowly gathered the courage and took cooking instructions from her mother over the phone. The rest, as they say, is history.

Although her love for food is something that is in her genes, (she especially credits her grandmother); the real passion for cooking took over after intense travelling across the world and dining at some of the finest restaurants in the world. This gave her the opportunity to explore, relish international and local cuisines. This is what trained her palette, opened up her heart to the prowess of the culinary world and fueled her love for food.

“Easy, elegant cooking” is her style and she believes that having her own cooking show on television was just one of the elemental stepping stones which helped her build own restaurant. Of course, her mantra about elegant and simple cooking is no rocket science and is something that you can achieve in a matter of minutes. But we at The Daily Brunch, believe that this is important because it can encourage a whole generation of food lovers to start cooking and preparing healthy meals instead of eating instant ready-made meals.

The idea behind the restaurant was quite a natural progression because the model strongly believes that food is the basis for any loving relationship and is the one unfailing medium of human connection, which is so true! She says that constant encouragement from her friends is what pushed her towards having her own cookery show.

Joey is in pursuit of a bigger dream

If you thought that food and fashion is all there is to Joey, she will prove you wrong again. She is unlike any celebrity you would have come across and believes in a bigger purpose and calling in life. Joey enjoys being in the serene company of nature and animals.

Currently, Joey is on sabbatical from her restaurant business and is in the process of planning and promoting the idea of open terrace gardens in Delhi. She is very vocal and incredibly confident about raising a healthy generation through healthy food, which is almost a far-fetched dream, given the amount of adulteration in our fruits and veggies. But Joey will assure you that with a little bit of effort, every city dweller can grow fresh, chemical free produce right at one’s own terrace or balcony.

Joey has already proved skeptics wrong by growing her own terrace garden and has also helped many others grow their own. Now, this is just the beginning as she aspires to take her vision and make it a reality all across Delhi. Joey’s commitment to this social cause is unflinching and she is confident that anyone with a terrace can grow a garden. She is more than happy and willing to offer any sort of practical help for all those who seek her guidance for growing their own garden. She speaks eloquently about the need to grow a green belt in and around Delhi which will be extremely beneficial to the overall health of the urban population. This will also cater towards achieving Joey’s aim of promoting the idea of healthy, home cooked meals- with fresh home grown produce! 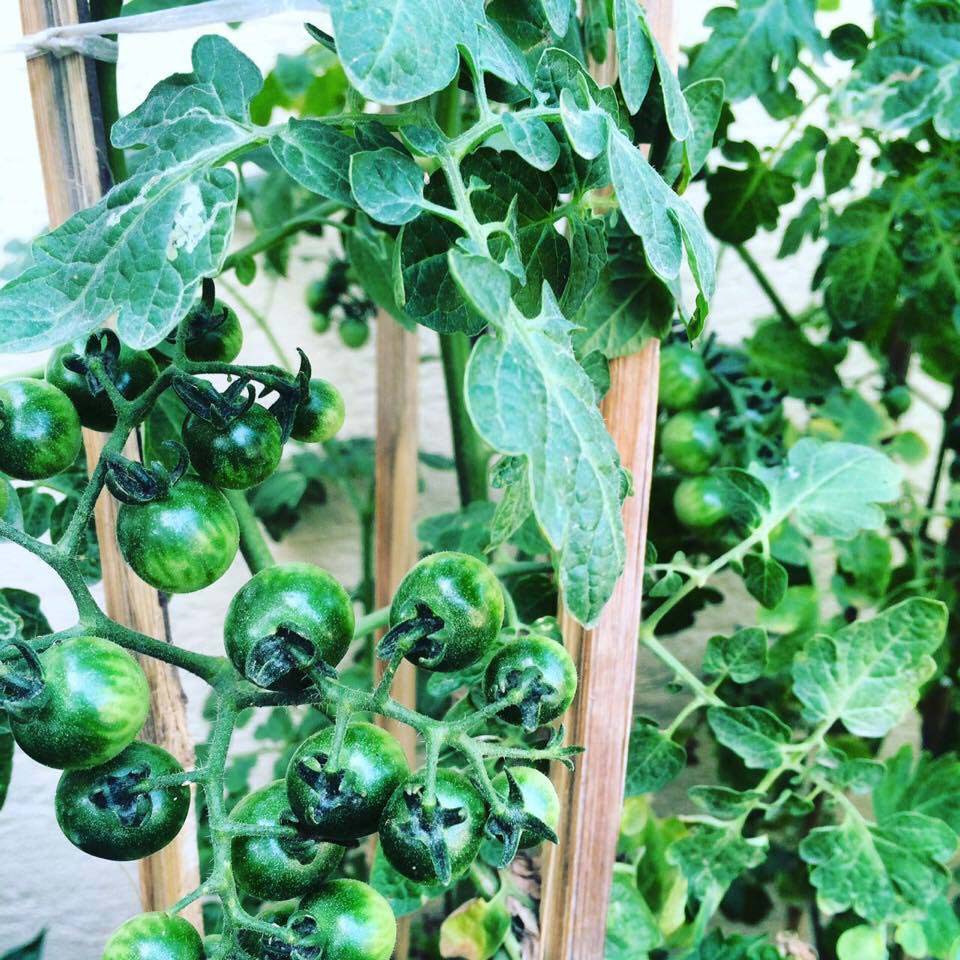 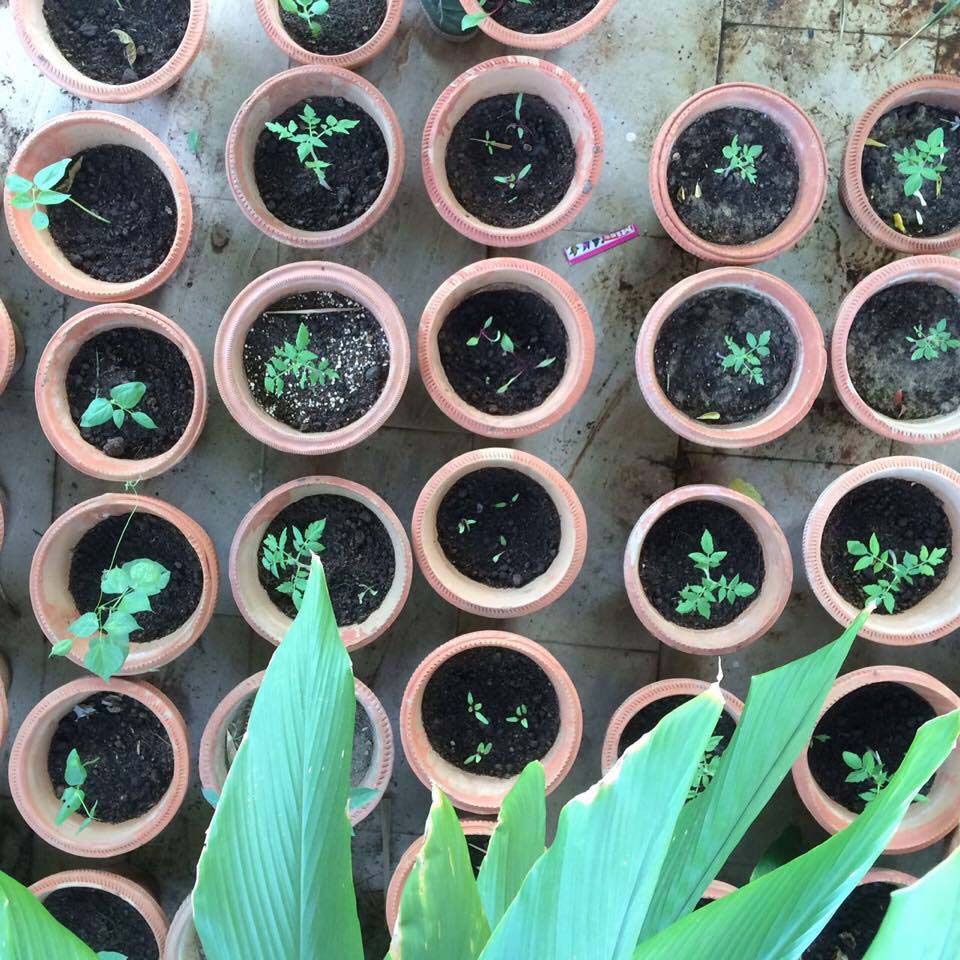 Suffice to say, her aspirations are as delightful and feisty as her personality. We simply can’t get enough! More power to you Joey!