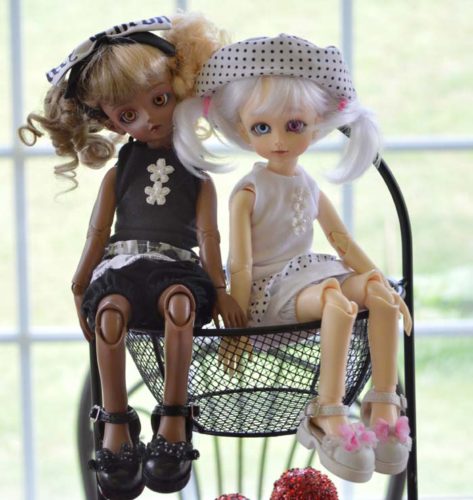 One day, Rima was in the department store picking up provisions for her kitchen. By the time she reached the counter to pay, there was a crowd. She patiently joined the line, waiting for her turn. It so happened that the line at the next counter was parallel to hers. Standing next to her was a foreigner- must be a tourist. Suddenly, the man in front of her shouted that he was pickpocketed. When he looked around in panic and suspicion, he saw a man in a black suit in front, Rima behind, a fair, rich-looking Indian woman and the foreigner on the next line. Skipping those around him one by one, his eyes fixed on Rima. He looked at her in suspicion. Rima was dark complexioned, wearing an ordinary cotton saree and a pair of sandals. Her hair was in partial disarray, and she did not have any makeup on. The man shouted at Rima and demanded his purse back! She was shocked at the accusation. The man was about to call the police and get her arrested when the store manager came up and informed the angry man that she was not to be suspected. Rima was the local Sub-Inspector of Police!

Does the story sound familiar? Rima in the story was judged a pickpocket for her skin complexion and looks, while any one of them could have been the culprit. This is not a stand-alone story in India. People are constantly judged based on their appearance, especially skin colour. In the social context of India, class and caste are interwoven with impressions of skin colour. Darker complexioned people are considered low class. This is indeed a despicable trend. On the other side of this trend is an obsession for fair skin. In India, being ‘fair’ is a symbol of high social status, and therefore people aspire to become fair using various means like fairness creams.

The depth of fairness-obsession is visible in the size of Indian fairness-industry. In 2011 July, the market-share of fairness products in India stood at Rs.2000 crores. By 2014 February, this grew to the tune of Rs.3000 crores. At this rate, the market must have reached a whopping Rs.5000 crores and beyond by now. A BBC report (2010) says that Indian men are “fervent purchasers” of whitening creams. 30% of these products are consumed by men while women consume 60%.

The Indian fairness-market was opened with ES Patanwala’s ‘Afghan Snow’ in the year 1919. Later in 1975, the then Hindustan Lever bought out ‘Fair and Lovely’ which dominated the market then and now. Fairness cream companies make us believe that being ‘fair’ is being virtuous, successful, independent, attractive and sexy. The psychological desire for success and happiness is subtly manipulated by their advertisements. According to them, only fair women and men will be able to find smart spouses and great jobs. All the less fair, dusky and dark-skinned people become failures in their personal and professional lives. Other advertising tactics of these companies involve projecting fair women as confident persons, and indirectly asking consumers to use their products if they wanted to be confident. Their ads portray beautiful actresses, to give the impression that they are successful because of the fairness-product advertised. Such fairness-obsession injected into our psyche makes us forget our worth as persons.

In fact, the obsession is everywhere. In marriage advertisements, we often find the phrase ‘fairness of skin’ as requirement for prospective spouses. According to a matrimonial website jeevansathi.com, 71% women prefer fair men and 65-70% of men on matrimonial sites mention their skin colour as ‘fair’. There are cases where men and women remained unmarried for long because they weren’t fair skinned.

Historically, caste system separated people by their colour as ‘sa-varna’ (fair) and ‘a-varna’ (coloured). The fair-skinned were almost always the powerful in the historical Aryan Caste-India. Later history of India also shows that all the rulers- Mughals, Europeans, etc. were fair skinned. Even in this modern era, we identify fair skin with power, wealth and class. At the same time, we see dark skin as a sign of low class, and uncultured and suspicious origins. The colonial hangover has its part to play in our obsession with fair skin tone. Thus tradition, media, films and advertising industries together strengthen these ideas by continuously portraying ‘the fair’ as better than ‘the dark’.

But the world is not entirely dark and unfair. There are people around us who strive to convince us that being dark is beautiful. Nandita Das’ ‘Dark is Beautiful’ campaign is prominent among them. After she launched the campaign, fairness-cream industry registered a negative growth of 4.5% in 2012-2013.

She says, “I have been getting tonnes of mails on the email id that is on my website, where mostly women have shared their stories of discrimination and feel validated with this campaign. The response has truly been overwhelming. I think the time has come to react to this fairness obsession.”

Fight against dark-skin-complex has begun, and is contributed to by many others such as Aparna Nagesh- a professional dancer who dared to challenge the dominant image of ‘fair-is-beautiful’ and emerged successful. Being dusky, not-so-tall and chubby, she wouldn’t fit into the traditional definition of a dancer. But she struggled, and succeeded in setting up Chennai’s first and only all-girls performance crew. Yes, there is inspiration for dark-skinned people.

This obsession called snow-white-syndrome breeds the multi-billion Indian fairness-industry. Surprisingly, it is built upon our insecurities! This industry will continue to foster our insecurities about our body, colour, shape and size. Such insecurities will lead us to depression, lack of self-confidence, esteem and an unhealthy lifestyle. If we want to develop as a nation, we need to be happy with ourselves. We need a healthy self-image. We need to believe that despite skin colour we are equal or better than anyone else in the world. Therefore, let us accept ourselves as we are. Dark, dusky or fair, we are wonderful and proud Indian people. This can be the key to winning a ‘fair’ share of success in a ‘not-so-fair’ world!

Atlantis, The Palm Is Inviting Foodies To Take The Veganuary Challenge

5 Things Women Should Know About Men

NYC & Company Invites Visitors To Celebrate The Holidays In New...

The Gilt & Glow of Nobility

Jose Vazhuthanapilly
0
What exactly is nobility? According to the Merriam-Webster dictionary, it is someone or something that is noble possessing excellent qualities, superior ideals and high...

Alila Anji Offers Art Enthusiasts an Opportunity to Get Creative!

Unearth The Treasures Of Mauritius At One & Only LE...

What Parents Need to Know About Peer Pressure

Muse of the Month- Kiran Bedi