5 Misconceptions About Working From Home 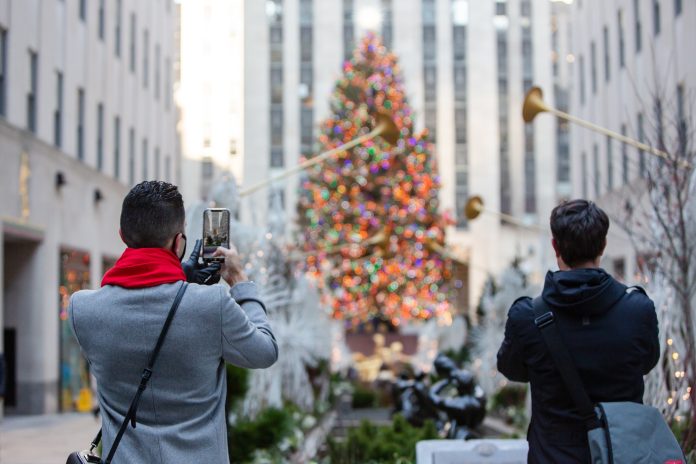 —On the Heels of the US International Borders Reopening, NYC & Company Invites Worldwide Visitors and Locals to Enjoy Holiday Events and Iconic Traditions Across the Five Boroughs—

New York City (November 15, 2021) — NYC & Company, New York City’s official destination marketing organization and convention and visitors bureau for the five boroughs of New York City, invites locals and visitors to enjoy holiday traditions and cultural experiences across the five boroughs, many of which are in person for the first time in two years. With the return of spectators at annual events including the Macy’s Thanksgiving Day Parade and the Christmas Spectacular starring the Radio City Rockettes, festive shopping at NYC’s iconic department stores, ice-skating rinks, light festivities, cultural performances, winter exhibitions including the Holiday Train Show at the New York Botanical Garden, and more, there are endless opportunities for an unforgettable experience this holiday season in New York City. NYC & Company releases holiday activity across the five boroughs as foreign travel returns, following the arrival of the first international flights to NYC in more than 600 days last Monday.

“A visit to New York City during the holidays is unparalleled, and we’re thrilled to once again welcome travelers from around the world,” said NYC & Company President and CEO Fred Dixon. “New experiences, annual events and iconic traditions across the five boroughs, coupled with the timely reopening of US international borders, emphasize that ‘It’s Time for New York City’ this holiday season.”

NYC & Company has compiled a list of hotel offers to watch the parade from the comfort of a hotel.

The Brooklyn Grand Army Plaza will light the largest Hanukkah Menorah each of the eight nights, with live music, hot latkes and gifts for children.

The Christmas Tree at Rockefeller Center has been a tradition for more than eight decades, lighting up Rockefeller Plaza each holiday season. The lighting ceremony will feature performances and classic Christmas songs by soon-to-be-announced artists, and be on view through early to mid-January.

The Waterford Crystal Times Square New Year’s Eve Ball will sparkle in Times Square all season, but its descent on New Year’s Eve is a spectacular, once-in-a-lifetime way to ring in the New Year. The event, watched by millions of viewers in NYC and around the globe, will welcome spectators back in-person this December. Guests can also stop by the New Year’s Eve Confetti Wishing Wall to submit (in person and online) a wish for the New Year on a piece of official NYE confetti that will be dropped at midnight as the ball drops.

George Balanchine’s The Nutcracker at the David H. Koch Theater at Lincoln Center will return this year with exquisite costumes, magnificent sets, and Tchaikovsky’s iconic score that transports audiences to a land of twirling snowflakes, leaping candy canes, waltzing flowers and more.

The famous theater presents its annual Christmas Show, a two-hour production filled with high energy and a rhinestone-studded series of songs and dances that the whole family will enjoy.

The Met’s abridged, English-language version of Mozart’s magical fairy tale is a classic holiday treat for audiences of all ages, bringing the charming story and enchanting music to life.

The Brooklyn Nutcracker transforms familiar characters and scenes from the holiday classic to represent the diverse traditions and vibrant culture of Brooklyn.

The beloved all-male drag ballet troupe returns to The Joyce for an uproarious holiday season, taking the stage for three weeks of nonstop skilled pointe work and hilarious parodying of classical holiday-themed ballet inspired by Jerome Robbins’ In the Night.

Grammy Award-winning Baroque specialist Jeannette Sorrell conducts the Philharmonic on this holiday piece including dazzling vocal solos, instrumentals and coral writing, in the neo-Gothic glory of Riverside Church, listed on the National Register of Historic Places.

With soulful big band arrangements of songs both sacred and secular, the Big Band Holidays series at the Rose Theater is an uplifting tradition enjoyed by audiences of all ages and backgrounds.

A favorite of Carnegie Hall audiences for more than 50 years, the New York String Orchestra returns for its annual Christmas Eve concert conducted by Jaime Laredo and will feature some of the nation’s most celebrated young musicians performing alongside guest artists.

The Apollo Theater will host its annual Kwanzaa Celebration featuring Abdel Salaam’s Forces of Nature Dance Theater in a power evening of music, percussion, and modern and African dance.