For Over 4 Decades, IHCL Maintains Its Pioneering Leadership In The State Of Goa 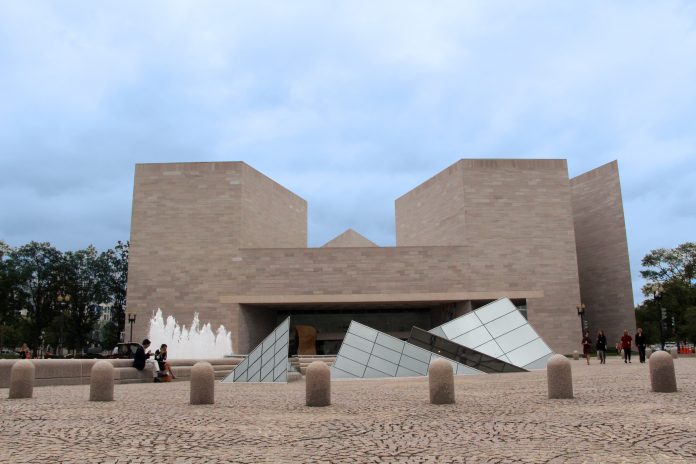 The I.M. Pei-designed National Gallery of Art East Building stands out in Washington, DC as a modern marvel, which sleekly contrasts with the Beaux Arts and Classical architecture seen throughout much of the nation’s capital.

The East Building is the museum wing closest to the U.S. Capitol and features two sky-lit tower galleries, two staircases connecting all levels of the museum, a rooftop terrace with a blue rooster sculpture and, best of all, more than 500 works of art.

The East Building has been thoughtfully laid out to provide a walking chronology of artworks from the late 19th century to present day, as well as flowing exhibition spaces arranged by artist, theme and nationality.

What’s inside is nothing short of incredible, from design motifs echoing I.M. Pei’s sketches of the museum to gleaming galleries with works by Alexander Calder, Barbara Kruger, Jasper Johns, Pablo Picasso, Mark Rothko and so many more.

Sandwiched between Pennsylvania Avenue and the National Mall, the East Building reopened to the public in late September 2016 after an extensive renovation. Whether you’ve visited in the past or you have yet to visit, the East Building will blow your mind! Make sure to check out these East Building highlights during your next visit.

THE FRONT OF THE MUSEUM

The East Building of the National Gallery of Art features one of the most uniquely shaped exteriors of any building in DC. The facade remains just as stunning as when the museum opened in 1978.

FROM INSIDE THE MIND OF I.M. PEI

Architect I.M. Pei designed the museum based on an early sketch where the East Building is represented by two triangles. Featuring two sides of equal length, the isosceles triangle has been incorporated as a major feature of the building’s architecture.

A peek over the railing of this staircase reveals two triangles placed end to end, forming a rhombus. This, and another set of stairs, connect museum-goers to all five levels of the East Building, improving the flow of foot traffic.

Yet a third set of stairs of which you’ll want to take note: #thatngawall. Appearing as if it converts 3-D to 2-D, the wall and staircase is as Instagram-worthy as it get

A BREATH OF FRESH AIR

The roof terrace, which concept architect Perry Chin likens to a “zen garden,” gives visitors a moment to pause and catch their breath in between visiting galleries. It comes with views of the

Smithsonian Castle, the U.S. Capitol and some awesome sculptures.

A ROOSTER OUT OF THE BLUE

Colorful canvases from groundbreaking abstract expressionist Mark Rothko are a highlight from the Tower 1 gallery. The works rotate through the Gallery’s vast collection of Rothkos. Check out even more Rothko paintings at

Composed of 45 sculptures and paintings, Alexander Calder: A Survey boasts the largest display of works by the artist. The artworks can be found in the Tower 2 gallery.

The East Building’s wide-open atrium features a kinetic chandelier, a 76-foot-long mobile work that was the last sculpture Calder ever made. Unlike Calder’s other works, it remains Untitled because he passed away before he could name it.

MODERN ART THAT’S MADE IN DC

Explore inventive and iconic works of modern art in the upper level. Among the artists featured are members of the Washington Color School of the late 1950s and ’60s, including Gene Davis and Kenneth Noland.